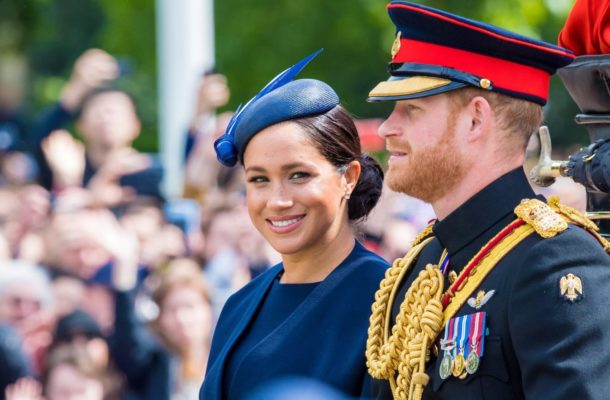 Duchess of Sussex Meghan Markle on Saturday and her husband Prince Harry joined The Queen and members of The Royal Family at the annual Trooping the Colour, to celebrate the monarch’s official birthday.

This is Meghan’s first official public appearance since the birth of her and Harry’s son Archie last month. 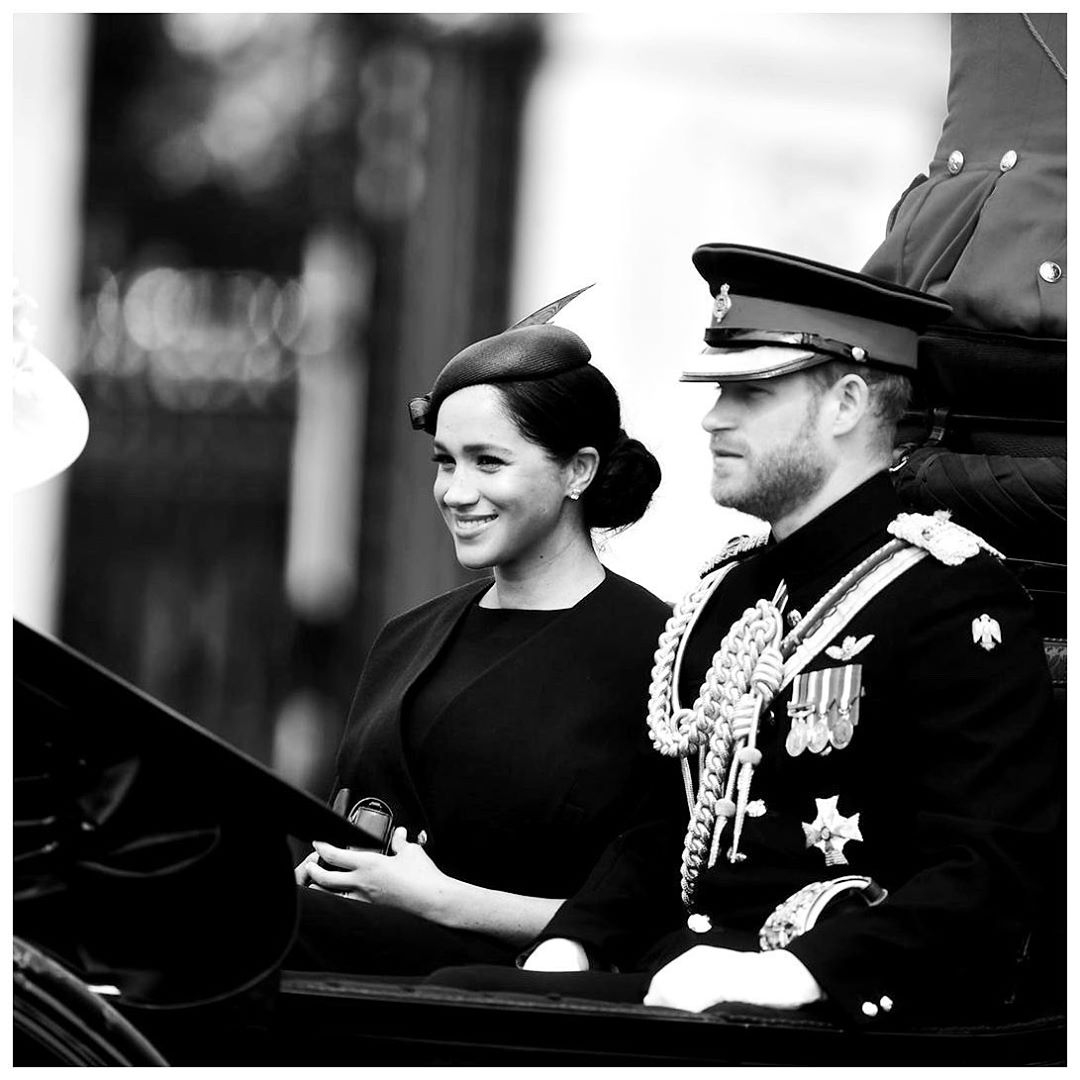 Trooping the Colour orginated from traditional preparations for battle and has commemorated the birthday of the sovereign for more than 250 years.

In the 18th century, guards from the royal palaces regularly assembled to “troop” colours or flags down the rank, so they could be seen and recognised by the soldiers. In 1748, it was announced this parade would also mark the Sovereign’s official birthday.

Trooping the Colour is performed by regiments of the British and Commonwealth armies for The Queen’s birthday parade, allowing them to pay a personal tribute to Her Majesty.

Today over 1400 parading soldiers, 200 horses and 400 musicians came together on Horse Guards Parade in London in a great display of military precision, horsemanship and fanfare.

The parade concludes with a 41-gun salute fired by The King’s Troop, following which The Queen leads members of The Royal Family back the balcony of Buckingham Palace to watch the Royal Air Force flypast display. 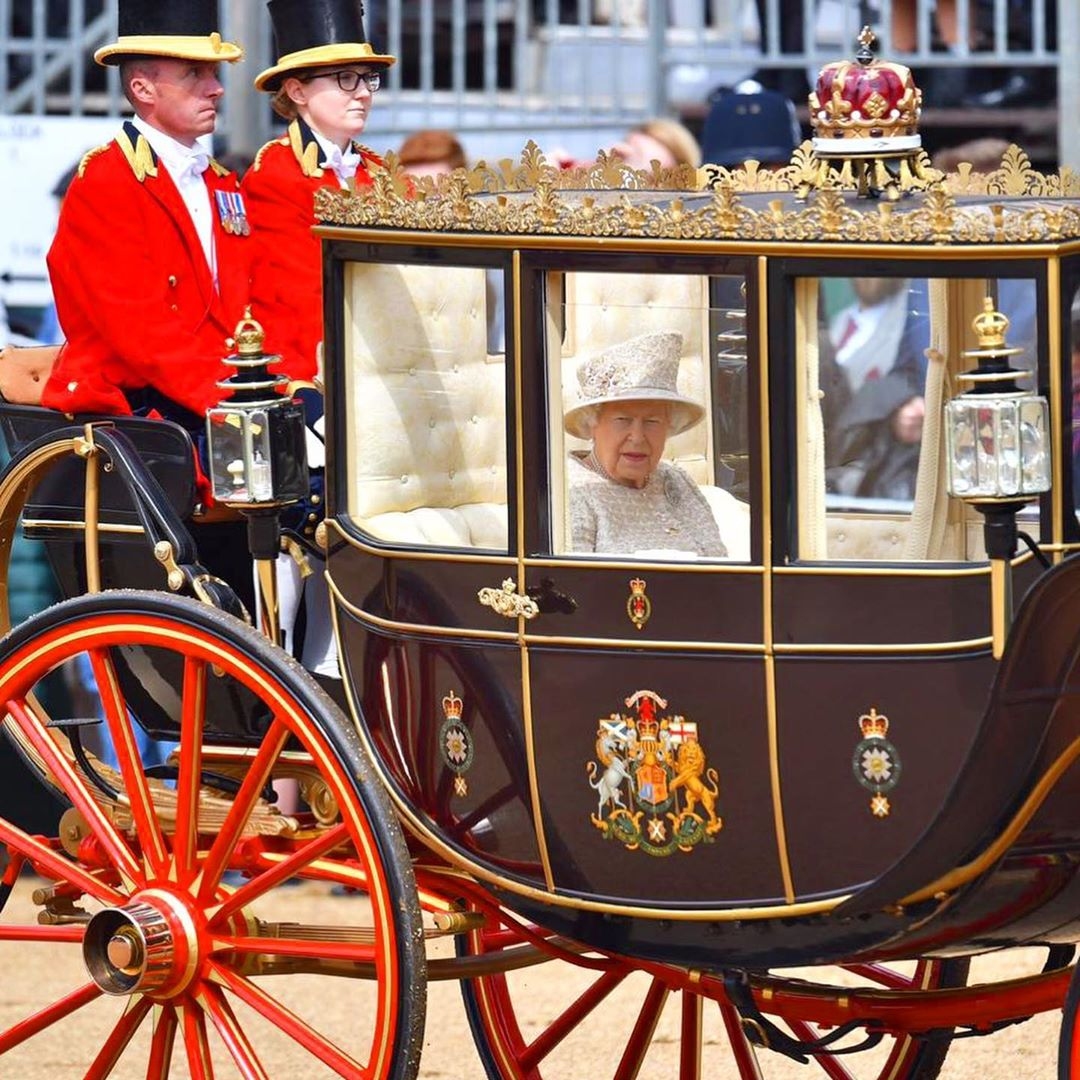 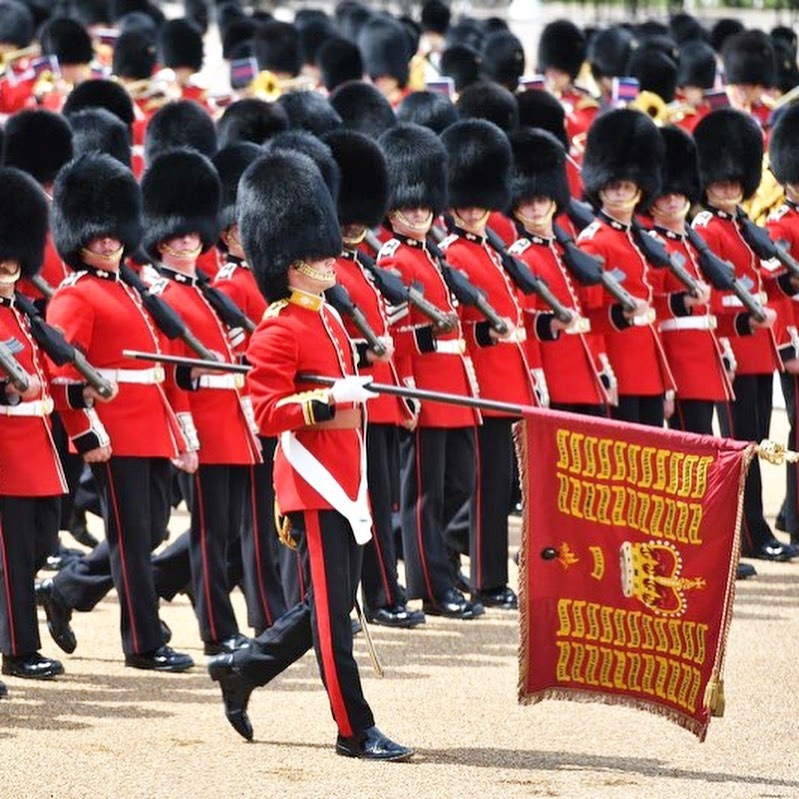 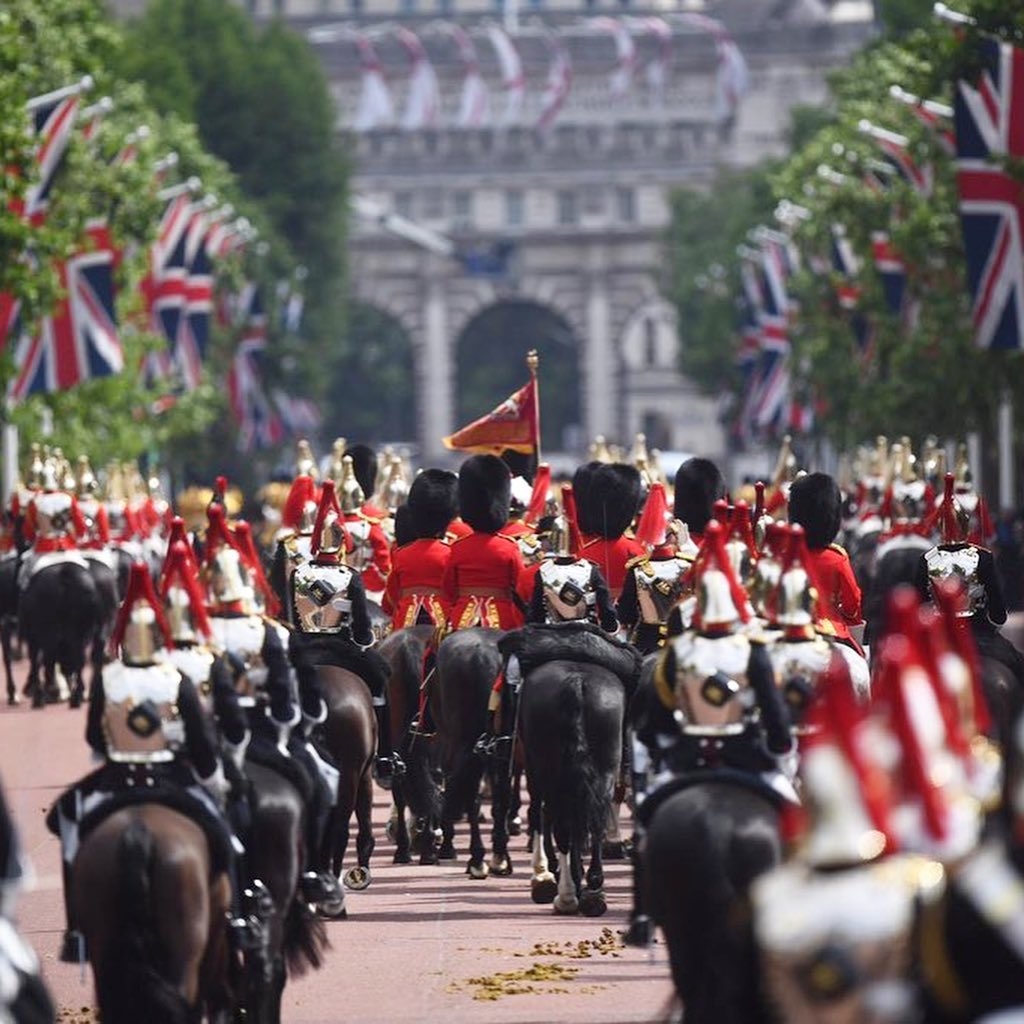