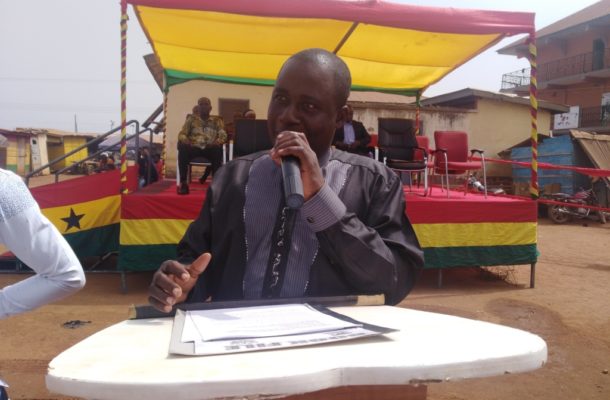 An outbreak of meningitis in several states of Nigeria has killed at least 3 people and infected almost 36 others, Authorities of the Jaman North District Assembly say.

The disease is reportedly spreading in some parts of the country amidst fears it could be out of control and authorities have appealed  to the central government and health officials to come to their rescue.

Meningitis causes an acute inflammation of the outer layers of the brain and spinal cord.

The Assembly in collaboration with the District Health Directorate and other stakeholders, have intensified their sensitization exercise in schools, among organized groups and communities in a bid to reduce its impact in the area. The dire situation of the district came to light in an address by the District Chief Executive (DCE), Adane Ankomah, when the Assembly took its turn at the second phase of a Town Hall Meeting organized by the Ministry of Information in collaboration with the Ministry of Local Government and Rural Development, to afford citizens the opportunity to interact with key stakeholders to deepen the country’s governance process.

He disclosed that the district has a total of 22 health facilities comprising 11 CHPS compounds, 3 clinics, 6 health centres and one private hospital to provide health services for the entire population, a situation he described as worrying.

He said 107,241 patients reported at facilities in the first three quarters of the year with malaria cases, upper respiratory infections, rheumatism and diarrhea cases being the topmost among health incidents. On the National Health Insurance Scheme (NHIS), he commended the authorities for increasing their membership from 41,151 to 51,837 as at November 2017, as well as establishing satellite offices in Goka and Duadaso.

Mr. Ankomah also highlighted government’s social intervention programmes such as Free SHS, Planting for Foods and Jobs, School Feeding Programme, Livelihood Empowerment Against Poverty (LEAP), One District One Factory among others, and urged residents to take advantage of the interventions for economic transformation of the area.

He added that other areas that would receive attention from the government included education, water, health, energy and road sectors, and assured that all inherited projects from the previous NDC government would be completed. Paul Desmond Tutu, the Presiding Member of the Assembly in his address, appealed for peace and collaboration between the Assembly and stakeholders to attract more investors for development.

He lamented the poor road network in the district, and tasked government to pay special attention to the situation to open up the area as a major cashew producing district.

Desmond Tutu challenged assemblies to consider the interest of the area above all other considerations, to ensure growth and development.