Micheal Essien appointed Brand Ambassador for 'Be the Next Champion' 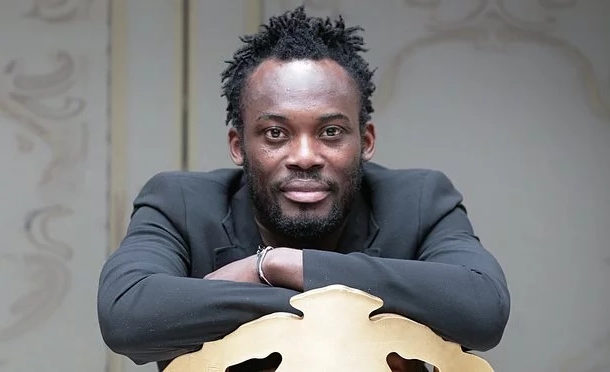 Former Chelsea player and Ghana star Micheal Essien has been unveiled as the Brand Ambassador for the ‘’Be the Next Champion'' campaign.

The campaign is in partnership with Rexona a deodorant and anti-perspirant brand of Unilever and Chelsea Football Club.

Speaking at the launch of the campaign Thursday, at the Swiss Spirit Alisa Hotel, the former Black Stars midfielder expressed excitement over the appointment as brand ambassador for the ‘’Be the Next Champion'' campaign.

‘’I am happy to be part of this Rexona and Chelsea partnership, I am very happy to be the Ambassador to promote it’’, he said.

According to the former Chelsea player, it is an honour to be part of the campaign partnering Chelsea because they are the current leading club in Europe.

‘’ Chelsea is the biggest club in Europe at the moment and to be part of it is such an honor, I’m glad to be part of the generation that put Chelsea where it is today so it’s a blessing,’’ He added.

Former Black Stars Player Laryea Kingston was also revealed as the official coach for the Rexona ‘’Be the Next Champion’’ campaign.

The former Ghanaian player pledged commitment to ensuring that the team gives off its best.

‘’I will try my best to give them the right speeches, the right words of encouragement for them to bring out their best’’, He said.

In September last year the English Premier League giant Chelsea entered into a partnership with Rexona with the hope of having significant impact on the lives of footballers in Ghana and across the continent.

The ‘’Be the Next Champion’’ campaign seeks to discover and nurture talented footballers one of whom will be chosen to represent Ghana in the African 11 team to play against Chelsea Legends.

The lucky winner will spend a day training with Chelsea Football Club coaches at the team’s training ground in Cobham.”