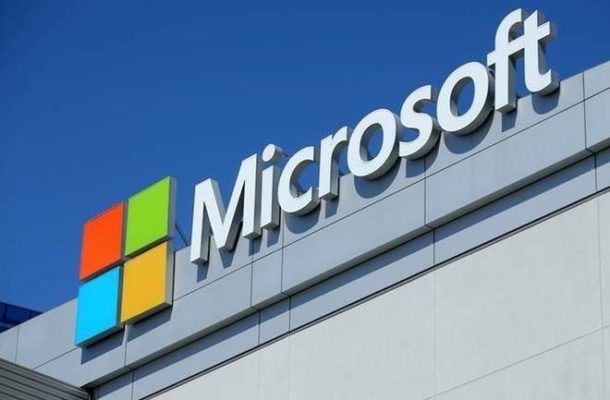 Tech major Microsoft wants a relaxation in the data storage norms under the government’s proposed e-commerce policy and is in favour of allowing data to be shared among group companies, which it feels will help business development and help entities provide better services to customers.
The development relates to the first meeting of stakeholders, which took place earlier this month, after the department for promotion of industry and internal trade (DPIIT) came out with its draft e-commerce policy, government sources said, adding that during the deliberations some of the stakeholders wanted relaxation in data storage rules.

“Some stakeholders, including start-ups were of the view that foreign investors generally calculate the business value of a start up or a company based upon the offerings and data that it has. Not allowing data sharing could potentially limit acquisition and investment opportunities for foreign companies in Indian start-ups,” said one of the sources.
The draft says, “sharing of such data with third party entities, even with customer consent, is barred under the policy”.
On February 23, the government released the new draft e-commerce policy that stipulates regulating cross-border data flows, setting up storage facilities locally and establishing a data authority to devise a framework for sharing.
Another source said the stakeholders pointed out that not having a clear definition of third party could mean that a Microsoft or Amazon would not be able to share data with its parent or a subsidiary, say based in a foreign jurisdiction, which would impact business development. Many start-ups are working on “cutting edge” technologies like artificial intelligence in participation with tech majors or are being helped by large MNCs. No data sharing would also impact this.
“So, some stakeholders wanted the government to allow data sharing among companies who are part of the same conglomerate or are subsidiaries. Microsoft favoured this suggestion,” the source added.  When contacted, Microsoft declined to comment on the story.
Many stakeholders, including Amazon, Microsoft, Netflix, Uber, Ola, Reliance and traders, however, did not have any adverse views on having to store data within the country. There were suggestions on changing the policy stipulation that allows Indian authorities to access data stored abroad whenever they want. Stakeholders said the government should ask for data only in case of a law and order issue. Many also favoured expanding the policy ambit to include all business data, besides data relating to e-commerce and cloud computing.
“We suggested that the government should have the right to seek aggregated data, source code and algorithms only in case of law order or investigation situations,” said LocalCircles founder and chairman Sachin Taparia.
To build platforms and products that can compete with global platforms and products, Indian start-ups may need to hire design and technology talent which is based overseas. In those cases, they will need the flexibility of sharing aggregated data from Indian entity with the foreign entity which is their group company, he added.