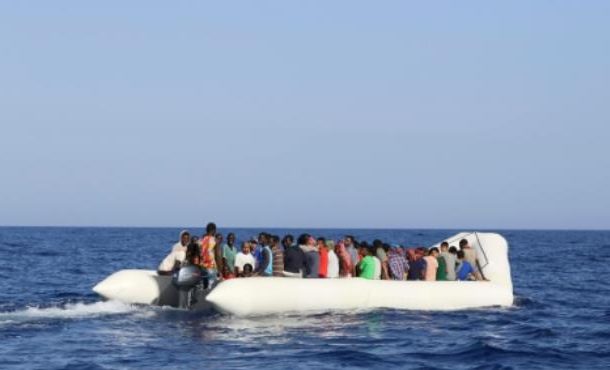 A boat carrying migrants capsized Wednesday in the Mediterranean off Egypt's north coast, drowning 42 people and prompting a search operation in which another 150 were rescued, officials said.

The vessel overturned off the port city of Rosetta, police and health officials said, with the total number of people on board not clear.

The tragedy comes months after the EU's border agency Frontex warned growing numbers of migrants bound for Europe were turning to Egypt as a departure point for the perilous sea journey.

Smugglers often overload the boats, some of them scarcely seaworthy, with passengers who have paid for the journey.

Emergency workers had rescued 150 passengers, according to officials in the police force and health ministry.

Hospitals were being prepared to receive more casualties, the ministry said.

The accident came a day after the military said it stopped a boat carrying 68 migrants before it set off from Egypt's northwestern coast, not far from Rosetta.

More than 10,000 people have died attempting to cross the Mediterranean for Europe since 2014, according to the United Nations.

Asylum-seekers have been seeking other ways to reach Europe since March, when Balkan countries closed the popular overland route and the EU agreed a deal with Turkey to halt departures.

"Egypt is starting to become a departure country," Frontex chief Fabrice Leggeri said in an interview with the Funke group of German regional newspapers in June.

"The number of boat crossings from Egypt to Italy has reached 1,000 (so far) this year," he said.

More than 300,000 migrants have crossed the Mediterranean so far this year from various points of departure, the UN said this week. Map of Egypt locating Rosetta, the port near where a boat carrying migrants has capsized, with many drowned.


Despite the lower numbers attempting the dangerous sea crossing, fatality rates had risen, with 2016 on track to be "the deadliest year on record in the Mediterranean Sea," said the UN refugee agency (UNHCR).

In June, a boat capsized near Sicily, drowning at least 169 migrants.

Earlier that month, a boat carrying hundreds of migrants sank off the Greek island of Crete and the bodies 104 migrants washed up on a beach in Libya.

Different patterns have emerged in the two European countries, Greece and Italy, which receive the vast majority of migrants.

But Greece has seen 165,750 migrants and refugees land on its shores this year, a 57 percent drop against 2015 figures.

Arrivals began falling after a March deal between the European Union and Turkey on curbing migrant flows across the Mediterranean.

The European Union launched "Operation Sophia" last year to destroy smuggler boats that could be used to ferry migrants across the sea.

An EU official told AFP this month that almost 300 smuggler boats had been put out of commission in the past year.

The official, who did not want to be identified by name, said the migrants on the seized vessels were all transferred to the nearest safe ports and will be considered for asylum as refugees.