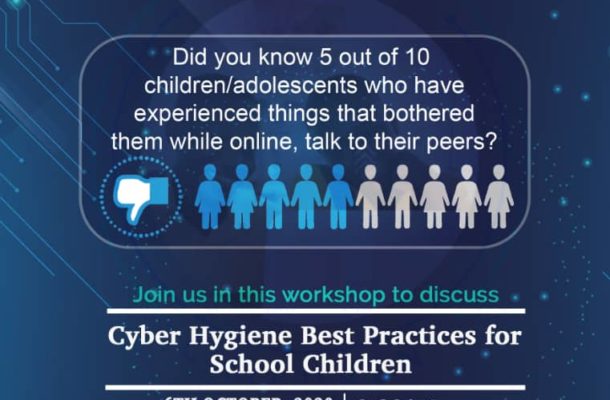 The Ministry of Communications, on Tuesday held a workshop Workshop for Telecommunications Service Providers on its Child Online Protection (COP), establishing guidelines for the telecos to follow in protecting children against the dangers of the internet.

The workshop held in hybrid format forms part of activities to mark the Cybersecurity Month and it focused mainly on the future of Ghanaian Children as far as their exposure to the internet is concerned.

It comes six days after Government launched the new Child Online Protection Reporting Portal in Accra as part of events marking the launch of the National Cybersecurity Awareness Month this year. 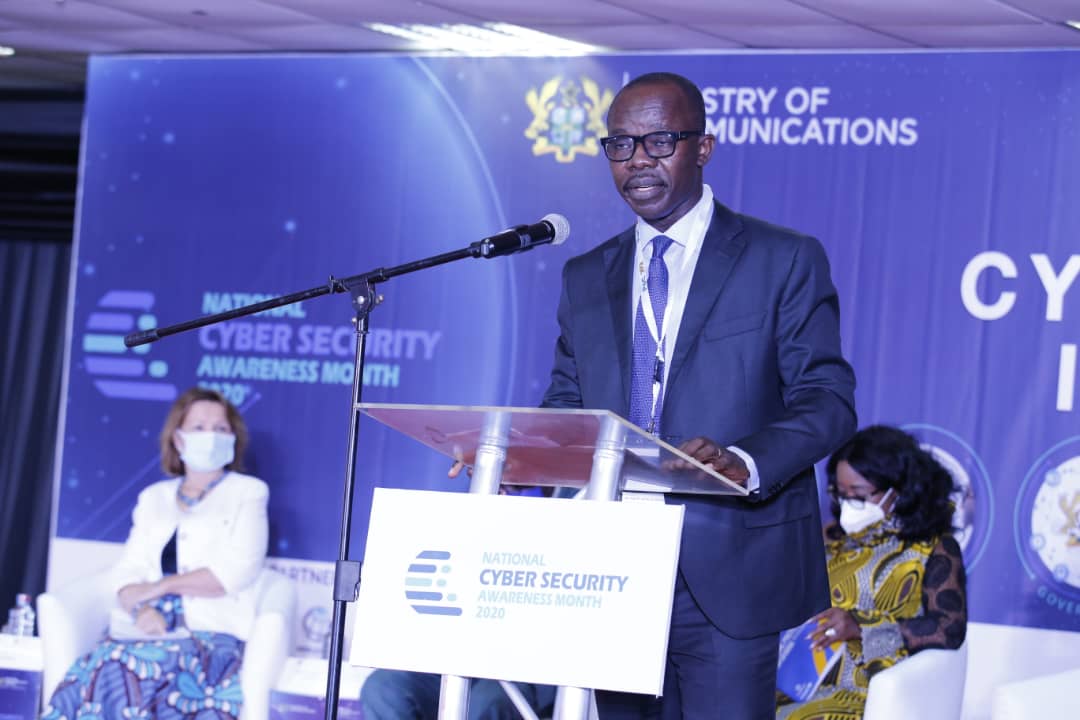 The National Cyber Security Advisor, Dr Albert Antwi Bosiako,  in his opening remarks, described that the telecommunications is one of the important pillars of ICT developments,  whose contribution is paramount to the development of Ghanaian children.

"It is one of the critical sectors, of which their work impacts, either positively or negatively on a child," he said.

"As industry players, we need to seek their perspectives, on how to better corporate and initiate the necessary mechanisms and programs to ensure the safety of the children on the internet.

"These include the content the children assess on the internet and the behaviours children exhibit while using the internet."

He called for effective corporation to be facilitated between the telecommunication service providers and law enforcements with respect to investigations and prosecutions of offenses against children on the internet.

The launch of the COP follows the signing of a Memorandum of Understanding between the Ministry of Communication and England based, Internet Watch Foundation (IWF), whose responsibility is to minimize the availability of online sexual abuse contents, specifically child sexual abuse images and videos hosted anywhere in the world.

The exposure of the internet to Ghanaian children is on the increase on a faster pace, reports say.

According to UNICEF, the number of reports related to child sexual abuse material being accessed, distributed or produced from Ghana has been increasing rapidly over the past years, from 750 in 2016 to 7,000 in 2019.

Speaking at the event, the Chief of Child Protection UNICEF Ghana – Muhammed Rafiq Khan  noted that UNICEF would be happy to work with these companies, in coordination with the NCA and the NCSC, in an objective manner and see where improvements can be made.

For this, UNICEF will be happy to set aside some resources. The primary objective of the tool, he describes, is to ensure companies understand the core issues and impacts to consider when assessing their management of child rights and the internet.

" The importance of internet and ICT in the lives of children is paramount, especially during this COVID- 19," he said

"Children are spending more time online, in Ghana and all around the world."

He referred to some statistics in Ghana on mobile phone and internet usage. He noted an increase from 19 million mobile phone subscribers in 2017, to around 20 million in 2020.

He indicated that, Internet users have increased from 8 million mobile internet users in 2017 to now around 15 million users.
He noted that, internet is in essence for good. However, the online good is a distraction of the offline realities- the offline violence is carried online.

At the end of the COP Workshop for Telecommunications Service Providers, the following were agreed on:
The NCSC, through the NCA will send an assessment tool to all the institutions present at the workshop, which they will willingly engage in and provide a report on.

Subsequent programmes and engagements (quarterly basis) will be put together for the Telecommunications Service Providers on the issue of Child Online Protection.

The event was conducted in a hybrid format comprising physical engagements (under strict COVID-19 protocols) and the use of virtual platforms including live stream on NCSAMTV, Facebook, YouTube and updated across various social media pages such as Instagram and Twitter.