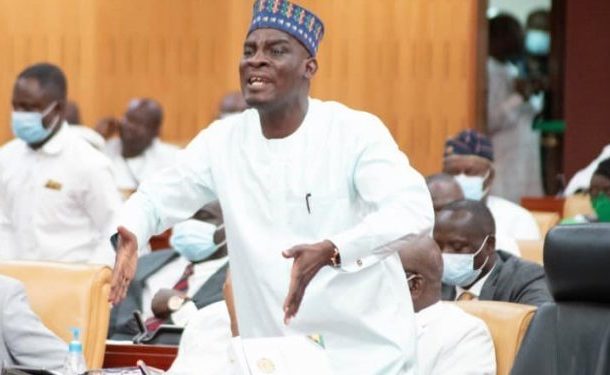 The Minority Leader of Parliament, Hon. Haruna Iddrisu has revealed that the minority group in Parliament is working together with President Nana Addo Dankwa Akufo-Addo to salvage and save the Ghanaian economy and more importantly to avoid Ghana sinking into a Sri Lanka situation.

Haruna Iddrisu who was speaking at the end of a recent workshop by the Minority Caucus in the Volta region added that the country is headed in the wrong direction and something must be done to salvage it.

He noted that his side of the house and President Akufo-Addo’s government would be working together to avoid the Sri-Lanka situation happening in Ghana.

The Tamale South MP also reiterated the Minority’s claims that the Electoral Commission is seeking to make the Ghana Card the sole requirement for the purposes of voter registration ahead of election 2024 contrary to the position of the EC.

The Tamale South MP also made reference to a constitutional instrument (CI) that the electoral commission is seeking to introduce to Parliament.

According to him, contrary to what the EC wants the public to believe, the draft CI will make Ghana Card the sole requirement for the purpose of registration while urging the EC not to do things that will destabilize the country.