Mo Salah is not on same level as Messi, Ronaldo- Kwadwo Asamoah 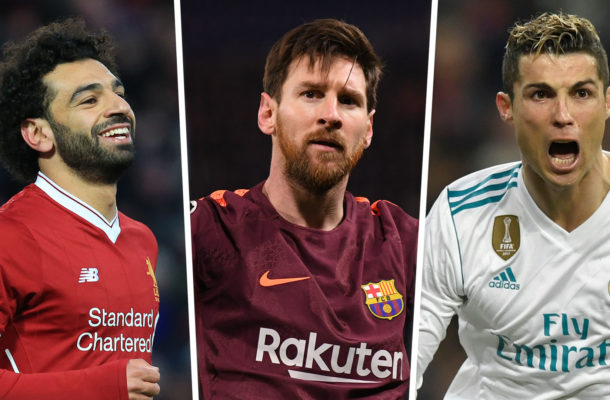 Ghana midfielder Kwadwo Asamoah has heaped praise on the meteoric rise of Liverpool forward Mohammed Salah but does not believe he is on par with Lionel Messi and Cristiano Ronaldo.

With 44 goals and 14 assists in 52 games for club and country, Salah has placed himself among the world's elite forwards this season.

But despite his goalscoring exploits, the Juventus ace still insists Messi and Ronaldo are levels above the Egyptian superstar.

The 29 year old also offered his thoughts on Liverpool’s chances in the Champions League final, where they will face reigning 12-time Champions Real Madrid on May 26 in Kiev.