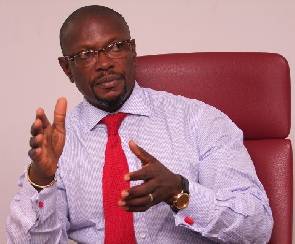 The evolution of mobile money platforms on almost all networks in the country has the potential to reduce the need for cash for transactions, the Chief Executive Officer of the Ghana Chamber of Telecommunications, Mr Kwaku Sakyi Addo has said.

Speaking at the launch of the Phantom 6 and Phantom 6 Plus by Tecno Mobile in Accra, he said, mobile handsets had completely evolved from a telephone device for basic lip-to-ear communication across distances, to a bank for the unbanked.

“Increasingly, as more and more people sign up and become active users we will reduce the need for cash. More and more payments will be made virtually, including by simply swiping our smartphones in shops, at stadiums and to get on buses and airplanes,” he said.

He explained that a traditional bank would close for business at 4pm; a couple of branches would open on Saturday, but they would all be closed on Sunday and that is where mobile money comes in handy as one can transfer money or even better, make a payment at any time at their own convenience.

“If you happen not to have any money on your mobile wallet and there is an emergency halfway across the country, I am sure you can go knock on the door of the agent in your neighborhood, and they can make money available to manage the emergency,” he said.

There were 2.3 million active mobile money customers in 2014 with the total value of transactions of GHC11billion. As of end 2015, the figure had grown to GHC35million. As of June 2016, Mobile Money had already reached GHC30billion.

The General Manager, Business of Tecno Mobile, Mr Daniel Glover, said the company entered the mobile phone market a decade ago and had consistently dominated the African market to become one of the best brands in Africa.

“What we are launching today in Ghana are part of the Tecno Phantom series – the Phantom 6 and Phantom 6 Plus. The new devices boast of a number of high-end upgrades when compared to its predecessors, the Phantom Z and Phantom 5 that were launched in 2014 and 2015 respectively,” he explained.

The Tecno Phantom 6, he said, came with the slimmest dual rear lens mobile phone and had a Sony 13 MP camera adding that “it has an amazing 6.15mm ultra-slim design with premium chamfered edges. The new Phantom 6 now wears the crown as the slimmest smartphone with a dual rear camera.”

Mr Glover explained that it took three years to produce the smartphone and the global expertise of over 500 engineers to deliver it right on schedule.