Mobile money not a threat to banks – BEIGE boss 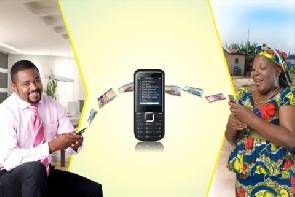 The Chief Executive Officer of BEIGE Capital, Mike Nyinaku, says the explosion of mobile money services pose no threat to the future of the banking sector in the country.

In an interview ahead of the Ghana Economic Forum at which he was a guest speaker, Mr Nyinaku observed notwithstanding the successes chalked by mobile money services there is no way the role of the banking sector will be overtaken it.

Mobile Money is a service provided by most mobile telecommunication companies in the country that gives subscribers and non subscribers among others, the opportunity to send and receive money promptly from every part of the country.

For the first quarter of this year, mobile money services recorded a 100 per cent value of transactions compared to the same period of last year.

Figures from the Bank of Ghana showed a total of GHC13.7 billion worth of transactions were recorded in the first quarter of this year alone, while the total value of transaction for 2015 was GHC35 billion up from the GHC12 billion recorded in 2014.

The situation has aroused fears that it mobile money will soon take over the banking system in the country.