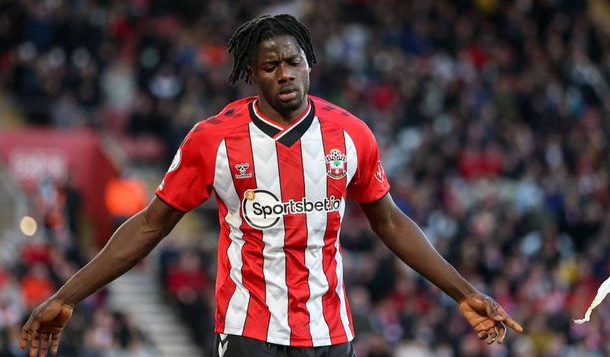 There is good news for Ghanaian football fans as 'rebel' Mohammed Salisu is now ready to play for the Black Stars after several failed attempts.

He has been courted by Ghana for long spells but has always turned down overtures from his country of birth for reason best known to him.

According to reports from Joy Sports, the Southampton defender has now softened his hardline stance and is now ready to defend his motherland.

The Southampton defender has been on a self imposed exile from the national team as he says he is not yet ready to play for the country of his birth.

Salisu Mohammed has been in fine form since joining the South Coast club from Spanish side Real Valladolid two seasons ago.

Recently the rugged defender met with the President of the Ghana Football Association (GFA) in UK where they held talks about playing for the Black Stars.

Since he came on break there has also bee several discussions about his decision not to play for Ghana with an apparent truce called as the way is now open for the defender.

Salisu started his senior career with Valladolid, featuring for the reserve side before making his first team debut in 2019. He made 34 appearances for the club before joining Southampton for a £10.9 million fee in 2020.

Salisu made his Southampton debut on 11 February 2021, six months after signing for the club, playing the full 90 minutes and keeping a clean sheet in a 2-0 FA Cup away victory over Wolverhampton Wanderers as Danny Ings and Stuart Armstrong scored a goal each to send Southampton through to the quarter-finals of the competition.

The 23-year-old made 34 appearances for Southampton last season in the Premier League.