Montie 3 pardon: Go to court if you disagree with us – Council of State 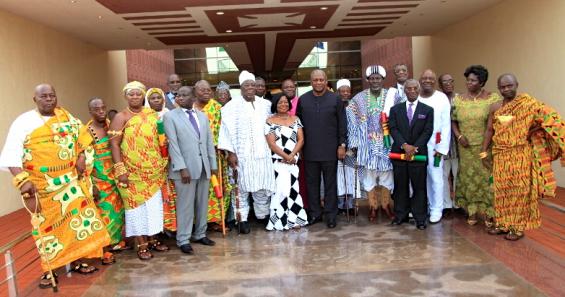 A Member of the Council of State -the body which advised President John Mahama to free the Montie three - has dared anyone who disagrees with their decision to go to court for redress.

According to Nana Kodua Kesse, the Oyokohene of the New Juaben, their recommendation to the President was made after a careful consideration of the various dynamics involved in the case.

A statement announcing the remission to the three said: “The President of the Republic of Ghana, His Excellency John Dramani Mahama has, in consultation with the Council of State and in exercise of his constitutional powers under Article 72 of the Constitution, remitted the remaining prison sentence imposed on three persons: Salifu Maase (alias Mugabe), Alistair Nelson and Ako Gunn who were sentenced to 4 months imprisonment and a fine of GH¢10,000.00 each for contempt of court. The remission is effective 26th August 2016”.

The move, has however, been met with heavy criticisms with many accusing the Council of State of endorsing recklessness.

Speaking to Starr News, Nana Kesse said the three contemnors deserved mercy and so they advised the President to grant them mercy.

“Even Jesus Christ when he was on the cross, he said ‘father forgive them’. So are people saying they are so okay that they can’t pardon people for any wrong doing?

“For the Council of State, we have done our work according to the provision of the constitution. If anybody feels that we have breached the constitution they can go to court for interpretation. The president has been giving pardon to prisoners every year; are they also not prisoners? What is so peculiar about the Montie three, what is so peculiar about the pardon the president has given them, it is his prerogative,” he said.

He added: “I am not surprised about the public backlash because everyone is entitled to their opinions. There are those who are hiding behind their political parties and they are saying a lot of things, for us in the Council of State we have done our work”.