More African-Americans dying in US from COVID-19; here’s why 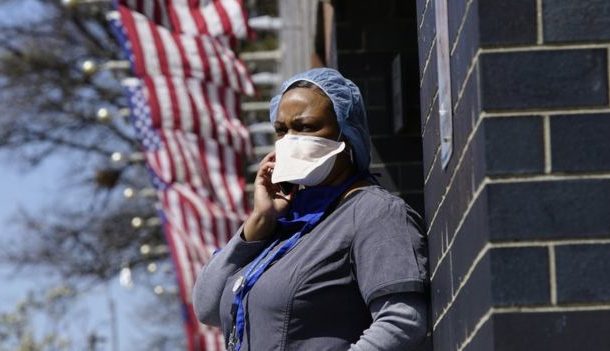 Preliminary statistics from health experts who study the fault lines along race and health care in the United States of American has revealed that more African-Americans in the US appear to be dying from the coronavirus pandemic than white Americans.

Early data from multiple jurisdictions such as Chicago, Louisiana, Illinois and Michigan have shown that out of the over 400,549 infections, African Americans account for the largest death ratio.

According to data from Chicago, African Americans have accounted for 69% of all COVID-19-related deaths despite comprising just 30% of the city’s population as of Tuesday, April 7, 2020.

The situation is 1% more in the southeastern U.S. state of Louisiana, where the Department of Health has indicated that out of the 582 deaths recorded so far from the over 16,000 infections, African Americans who make up 32% of the population have recorded more than 70% of all deaths.

In Illinois and Michigan, the African-American share of the population is 15% and 14% respectively and the group’s share of total coronavirus deaths was just 40% across both states on April 06, according to data obtained from Forbes.

Infections among Black Americans are equally disproportionately higher than in Americans.

President Trump at a daily briefing on the coronavirus on Tuesday asked: “Why is it that the African-American community is so much, numerous times more than everybody else?”

He said that federal authorities were working to provide statistics over the next two or three days that might help examine the issue.

Public health researchers have given varied explanation as to why this is the case and many have concluded that the high mortality rate among African Americans is due to the entrenched inequalities in resources, health and access to care.

Some have attributed these death rates among African Americans to the result of longstanding structural inequalities in the States.

The New York Times explains that at a time when authorities have advocated staying home as the best way to avoid the virus, black Americans disproportionately belong to a part of the workforce that does not have the luxury of working from home, experts said.

That places them at high risk for contracting the highly infectious disease in transit or at work.