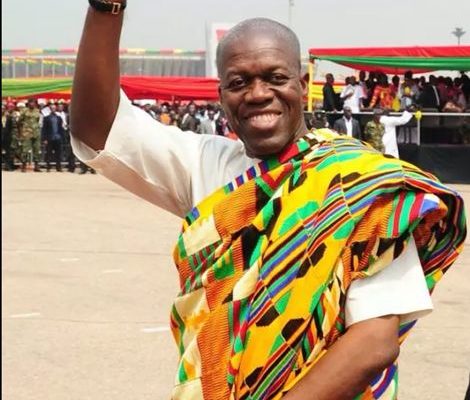 Residents of Moree in the Central Region, the hometown of Ghana’s late former vice president, Paa Kwesi Amissah-Arthur, has requested that a monument is built in honour of him there.

According to the residents, the monument would serve as a reminder of Mr Amissah-Arthur’s developmental works in the region when, he served as vice president.

The people of Moree, sharing memories of the late former Veep, described him as a gentleman and statesman with a remarkable sense of love and kindness to all.

The filing-past of the body of the late Vice President Kwesi Amissah-Arthur is underway at the Accra International Conference Centre (AICC).

The public viewing of the body of the former Governor of the Central bank will continue till tomorrow, Friday, July 27, 2018, as part of the state funeral.

A burial service will be held at the AICC after which a cortege will march the remains through some principal streets of Accra before the burial.

The internment is strictly by invite.