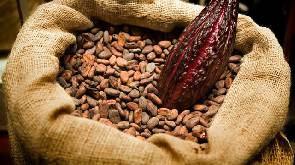 Member of Parliament for Takoradi, Kwabena Okyere Darko-Mensah, has blamed government for the woes of the West African Mills Company Limited (WAMCO).

The cocoa processing company has been shut down for 28 months after Ghana Cocoa Board (COCOBOD) ceased supplying cocoa beans to the company for production due to accumulated debts running into millions of cedis.

Government, which has 40 per cent stake in WAMCO, recently announced the liquidation of the company. But speaking to Class Business, Mr Darko-Mensah blamed government for not playing its role effectively to revive the company.

“It is on record that the Chief Executive of COCOBOD has never gone for a board meeting ever since he was appointed and clearly this is why some of the issues are arising,” he alleged.

“The Minister also said that there was a board meeting, which was also very wrong. It has never happened. What happened was that theliquidator that was chosen by the majority shareholder went to see them after they brought in a counter advertisement about the liquidation and, therefore, there was that meeting that was not a board meeting and, therefore, I feel that government is not actually performing its part of the deal to make the company run.

“And I believe that they have just gotten this opportunity to run away from the problem but the problem persists because if the government is not definite and the people who work in the factory are Ghanaians…government should act better than what they are doing, because after 28 months and 10 per cent of the workers dead, I don’t think we need to belabour the matter again. We need to find a solution and get the factory running back,” the lawmaker stated.