MPs disagree on special seats reserved for women in Parliament 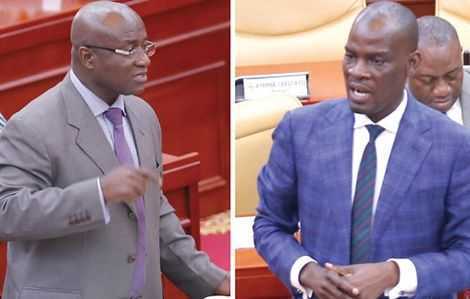 Members of Parliament (MPs) have expressed varied views as to whether special seats should be reserved for women in Parliament.

Some of the legislators felt there was the need for a space to be created for women to enter Parliament without much hustle to bridge the huge gap between men and women.

But others argued that a level playing field for men and women should rather be encouraged.

The National Democratic Congress (NDC) MP for Kumbungu set the tone for the debate last Wednesday when he read a statement on underrepresentation of women in Parliament.

He urged the leadership of the two major political parties in Ghana to address the problem of inadequate representation of women in Parliament.

“We stand the risk of waking up one day with an all-male Parliament if we do not act. And that is very scary. Others have taken action and succeeded," he said.

Citing the Rwandan Parliament as a case study, Mr Mubarak said as the first country in the world with a female majority in Parliament, there were as many as 61.3 per cent for the lower chamber and 38.5 per cent in the Senate in Rwanda.

Mr Mubarak stressed the need for the country to adopt the measures taken by Rwanda as well as countries in Latin America where they had legalised gender quota for their parliaments.

“These countries use political gender quota systems that work perfectly," he said.

Mr Mubarak appealed to the Speaker of Parliament not only to conduct research into why our female counterparts did not put themselves up for public office but to send teams of MPs such as the young Parliamentarian’s caucus and the Women caucus and even leadership of Parliament to countries such as Norway which had the gender quota systems since 1983, to Brazil, Bolivia, Rwanda, South Korea, Sweden, Denmark and even the United Kingdom to learn about the gender quota system in selecting female MPs and to see how Parliament could help itself and the political parties to implement that policy.

“I believe that an increase in number of female MPs would bring increased focus on issues affecting women and children and as a proud father of two girls, Mr Speaker, I do want tomorrow’s generation to look at this Parliament and say yes, these people stood up for women empowerment and went beyond lip service and made things happen," he said.

In his contribution, the NDC MP for North Tongu, Mr Samuel Okudzeto Ablakwa, called for reservation of some safe seats for women to address the disparity.

“Let’s work on it and let us insert within that bill quotas to be reserved for women. Then we will be given practical manifestations; we’ll be showing commitment to the constitution and the matter of gender balance”.

“The rate at which we are going, we are racing to the bottom... We are supposed to be representatives of the people. Are we really representing the people? Do we reflect the people? Majority of our population are women, 51 per cent are women. Are we reflecting that? So, Mr Speaker, we should demand the political parties take active steps to include women, reserve seats in our strongholds for women so that women can participate actively in the legislative process," he said.

But the New Patriotic Party (NPP) MP for Okaikoi Central, Mr Patrick Yaw Boamah, disagreed with that position and argued that equal opportunities must be created for women and not discriminate against men in their favour.

“We’ve had women who have contested men and beaten them in elections squarely. It’s about conviction and your interest in the business of politics. ..I share the views of my colleagues but in this country, you have to be competitive in every aspect," he said.

Mr Boamah was of the view that women must be encouraged to actively participate in politics rather than pushing for the need to give them quota.

“There are various forms of supporting women to aspire for offices and I believe that just asking for some sub-ground, I don’t think even the women will accept it because they believe that they have come of age and they can fight and compete in every election.”

“It is not only in Parliament that you would want to see women progress politically. There are other equally important positions which they have occupied. We have to encourage them. We just will not want to let them feel that you are coming to this business because we feel you are inferior. They are not. Some are way better than us men," he said.

The First Deputy Speaker of Parliament, Mr Joseph Osei-Owusu, said amending the 1992 Constitution would be a starting point in getting more women into Parliament.