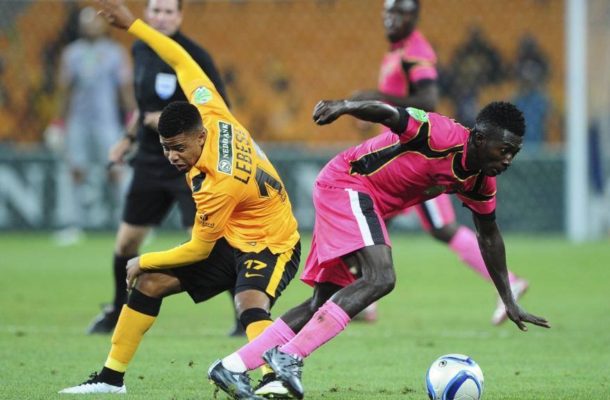 Ghana's Mumuni Abubakar was handed his first start of the season by Black Leopards in their 2-1 loss to Chippa United at the Thohoyandou Stadium on Wednesday.

The Ghanaian was handed a rare start and lasted the entire duration of the game although his team failed to pick up a win.

Chippa were given a dream start when Rakhale justified his inclusion with a perfect finish straight from kickoff after Leopards went to sleep at the back.

Both sides went at each other following the early goal, with Lidoda Duvha more on the charge in order to get the equaliser as Chippa stood ground.

The Chilli Boys had their five-match unbeaten run brought to an end over the weekend, whilst Cavin Johnson started life at Leopards with a defeat to Highlands Park.

Changes at the start of the second half from either end, saw Mogakolodi Ngele entering for Leopards and Diamond Thopola for the Port Elizabeth-based side.

After a slow start to the game, Lidoda Duvha drew level after Lesedi Kapinga made use of poor defending in the danger area to beat Veli Mothwa on 55 minutes.

The Chilli Boys struggled to get a way back in the contest thereafter, as Leopards buoyant by the equaliser pushed for total ascendency in the match.

Lidoda Duvha, who suffered back-to-back defeats prior, needed victory to edge closer to the top-half contingent with Chippa on the charge.