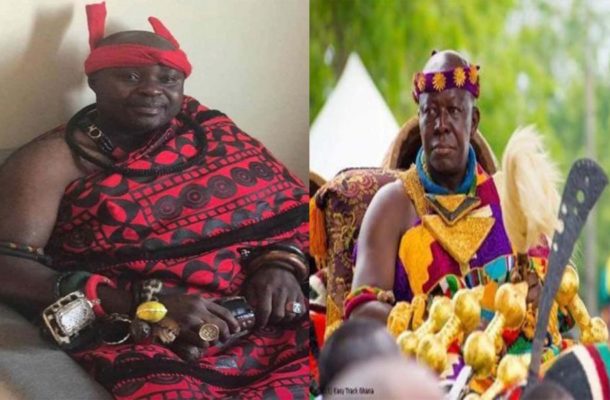 Kumasi the spiritual home of Asanteman was thrown in a state of grief and mourning after news broke in the late hours of Sunday 18th August 2019 that Otumfour’s Asamponhene had been murdered in cold blood on the Ejura-Nkoranza road.

The late chief was a close confidant of the Asante overlord and occupant of the golden stool, his royal majesty Otumfour Osei Tutu II.

According to monarchical historian and researcher at the Manhyia Palace Osei Bonsu Sarfo Kantanka, the king will be deeply hurt by the demise of his close confidant and his personal driver before his enstoolment as Asamponhene.

“Asamponhene is one of the most chiefs within the palace set up and within the Asante kingdom in general.’

The historian also gave us an insight into the slain chief’s lineage within the royal family and his close proximity with his royal majesty Otumfour Osei Tutu II.

“The second link is that Asamponhene we talking about today was the driver of Asantehene the present one Otumfour Osei Tutu II. He was his driver for a very long time before he became the Asamponhene

Becoming the Asamponhene the Asantehene was the one who requested that such a person could be accepted to the position of Asamponhene.

Without the Asantehene the Asamponhene would not have come to place, it is only natural to accept the fact that it will go deeper to hurt him a great deal.

He is not just a chief he is somebody very close to him even before the person became a chief he was his chief driver so imagine your chief driver you trust most who has become a chief who you trust and therefore protects you of course nobody needs to be told its one of the pains of Asantehene” he concluded.