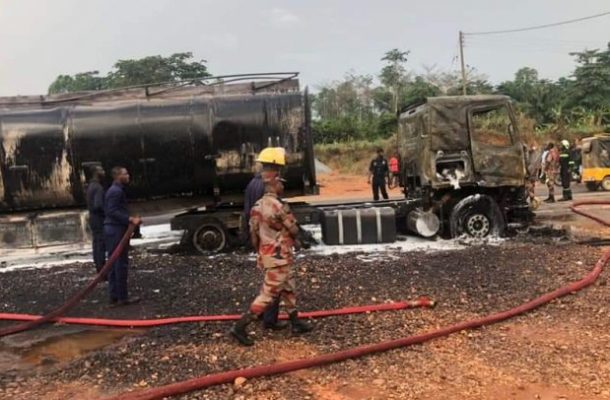 It took the doughty Firefighters one hour 30 minutes to bring a fire involving the Renault Petrol Tanker Truck with registration No. GT 9184 – ⁷18 under control after dispatch at 1314 hours. 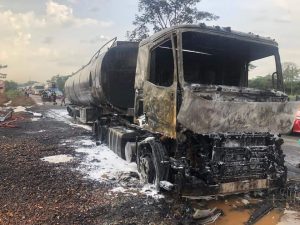 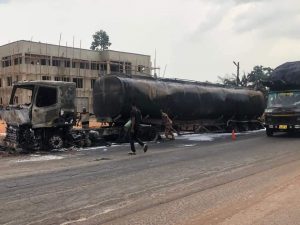 The flames and heat from the raging fire partially affected the plastic signage and roofing of the GENNEX PIZZA RESTAURANT AND GRILL owned by the Musician, TIC TAC.

The head of the Renault Petrol Tanker Truck was badly burnt.
The lower undercarriage portions of the bulk suffered severe fire damage.
Substantial litres of petrol were salvaged from the fire. The entire PARADISE REST STOP premises including its various eateries, shops and the Fuel Service Station was not affected by the damaging fire.

Fortunately, no casualty was recorded as the driver escaped unhurt.