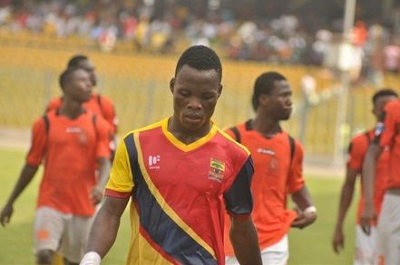 Accra Hearts of Oak playmaker Ibrahim Samudeen has issued a warning ahead of the upcoming season, saying he is about to hit his peak as a footballer.

Speaking to reporters on Sunday after the Phobians held off Kotoko to win the Ghana@60 trophy at the Babayara Sports Stadium, the midfielder promised that his best days are still to come despite already being the fans favorite at the club.

When quizzed about Hearts of Oak’s chances of winning the league title next season, the 23 year old insisted it was too early to project what will happen but hopes they can compete for the trophy.

Samudeen was named the Best Player of the 2015/2016 Division One League while playing for King Solomon before being snapped by Hearts.