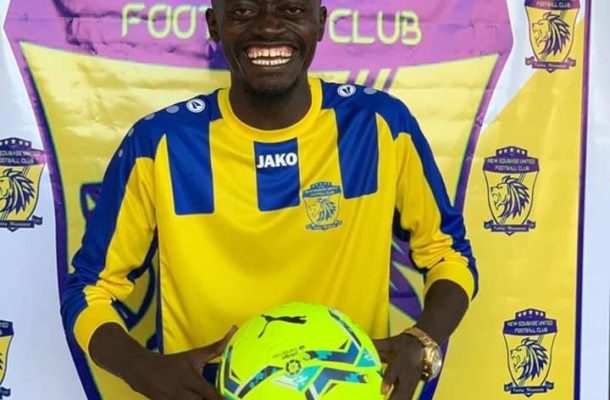 Popular Kumawood actor Kwadwo Nkansah Lilwin has confirmed that he has signed a contract with Division One League side New Edubiase United FC.

The renowned actor was unveiled by the club among four other new signings they have made this season.

He has signed a two year contract with New Edubiase after weeks of negotiations with the President of the club Abdul Salam Yakubu.

"It's true that I've joined New Edubiase United for two seasons as a player and brands ambassador" he told Ark FM.

"I'm ready to play 45mins for the club now until I see myself as fully fit, that's when I will start playing 90mins "..

" My target is to help qualify New Edubiase to the Premier League".