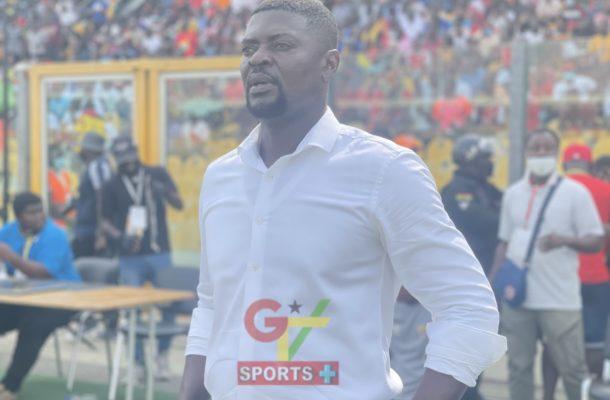 Head coach of Accra Hearts of Oak, Samuel Boadu has claimed that he is the best coach currently in Ghana as he works can attest to it.

The Hearts coach has been under scrutiny and pressure from some board members of the club with Dr. Nyaho Tamakloe claiming in an interview on Thursday that the club's head coach is not good enough.

As if fighting his corner, the Hearts gaffer pointed to the stellar work he has done at the club the past 15 months since taking over at the club.

According to Boadu his works speaks for him considering he has won five trophies out of the six on offer since he joined Hearts from Medeama two season ago.

"My work makes me the best coach in Ghana. My works speaks for me. If you achieve what l have achieved within two years and your wards are called into the national team then it means you are doing a good work." he told Asempa FM