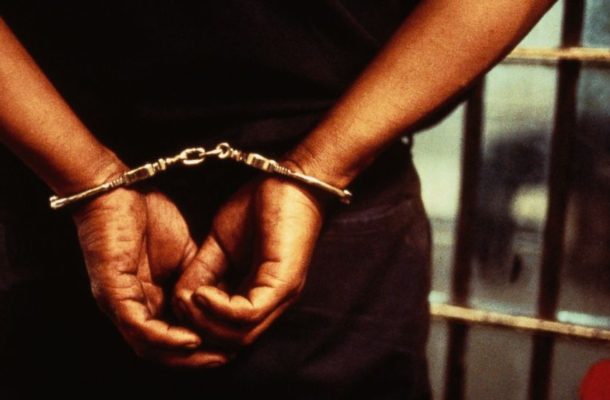 A male nurse of the Damongo Government hospital in the Northern Region has sexually assaulted a debilitated malaria female patient under his care at the facility, after allegedly giving her an overdosed medication.

The victim, an Italian national, accused Ernest Green, 28, of having unprotected sex with her on Friday dawn, few hours after she was admitted at the hospital on Thursday midnight.

Police arrested the nurse on Sunday after a report was filed by the recuperating victim, who narrated how the assault unfolded.

The suspect, according to the victim  deceived her to a separated, lonely facility in the hospital, where he promised her of enhanced treatment but ended up raping her repeatedly after she was enervated by drugs prescribed by the nurse.

“The complainant said she was rushed to the hospital at about 11:50 pm the previous day when attacked by malaria. She said the suspect approached her and told her the hospital has a private ward if she would like to take it and she agreed”, Police spokesman in the Northern Region, ASP Yussif Tanko said in a statement to journalists, late Sunday.

The victim continued that “she got up at dawn and managed to make it to the washroom and on her return, she found it difficult to climb back on to the bed and the suspect came in around that time to assist her onto the bed”.

According to her, Ernest sat at the tip of the bed after the assistance and begun to grope her.

She said the groping went on for several minutes until suddenly the suspect pulled her breast into his mouth, brought down her panties and have long unprotected sex with her.

She said she was too weak to resist or respond to the assault.

The suspect was arrested by the Damango police and has since been transferred to the regional office of the Criminal Investigation Department for further probe.

He remains in custody but the condition of the foreign national not immediately known.