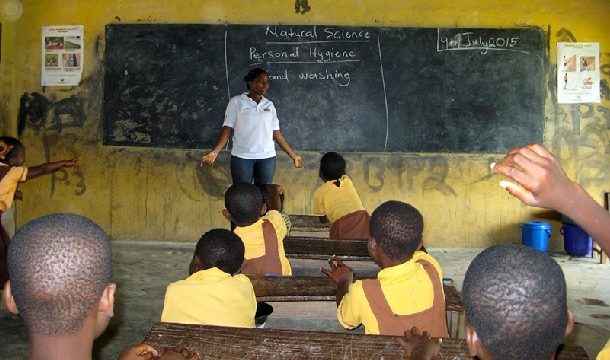 The National Association of Graduate Teachers (NAGRAT) has called off its strike.

“The leadership of the National Association of Graduate Teachers (NAGRAT) will like to announce to all teachers and the general public that from 13 September 2019, it has called off its strike.”

“We thank the Minister of Education, the Minister of Employment and Labour Relations, the National Labour Commission and the Ghana Education Service for their interventions to address the challenges that necessitated the industrial action,” a statement from the association said.

NAGRAT declared a nationwide strike over the newly-introduced Human Resource Management Information Systems (HRMIS) acquired by the Public Services Commission, as well as over unpaid allowances and delayed promotions among others.

To resolve the impasse, President Nana Addo Dankwa Akufo-Addo, on Friday, 13 September 2019 directed that the Ghana Education Service (GES) be taken off the HRMIS.

A statement to that effect, signed by Nana Asante Bediatuo, Executive Secretary to the President, read: “I refer to the recent labour agitations undertaken by teacher unions in connection with payroll related issues.

“I have been directed by the President to request that the use of the Human Resource Management Information Systems (HRMIS) to administer the Ghana Education Service (GES) payroll be suspended until such time as all issues relating to its use are resolved.

“The GES should, therefore, be taken off the HRMIS platform for now.

“In the meantime, the IPPD 2 should be reverted to in administering the GES payroll pending the resolution of all HRMIS issues related to the GES.”

Shortly after that release, NAGRAT announced the suspension of its strike.