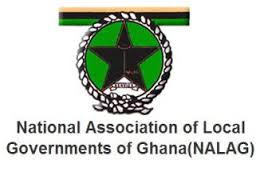 Mr Isaac Ashai Odamtey, the President of the National Association of Local Authorities of Ghana (NALAG) has joined Local Authorities across the globe to participate in the United Nations (UN) Habitat III Conference in Quito, Ecuador.

The Habitat III Conference focuses on the ratification and adoption of the New Urban Agenda and also on the Climate Change, protection and public safety.

The Habitat III, the third conference in line with the bi-decennial cycle (1976, 1996 and 2016) is aimed at invigorating and securing a renewed global political commitment to sustainable urbanization to focus on the implementation of a New Urban Agenda, building on the Habitat Agenda of Istanbul in 1996.

In an interview with Ghana News Agency in Quito, Ecuador Mr Odamtey, Tema Metropolitan Chief Executive said the conference provided local authorities the opportunity to know where the worlds focus is on local governance and also help them to know its real perspective.

He said the conference encouraged local government leaders to push for the realisation of the New Urban Agenda so as to address challenges bedeviling the housing industry in order to achieve prosperous cities for development.

Mr Odamtey said the Assembly (TMA) was embarking on a number of initiatives aimed to address social issues such as housing and community upgrading.

He said one of such initiatives is the Government Affordable Housing project, which was being undertaking by the Social Security and National Insurance Trust and the Tema Development Corporation.

The NALAG President said slums in Tema were expanding rapidly and this called for measures to address the situation, adding that, the TMA was learning from other cities, which had good and equitable housing system.

Meanwhile Ghana's Ministry of Local Government and Rural Development, Urban Development Unit held a side event for participants on the theme: Urban Development Management in Ghana and Implications for the New Urban Agenda: 'The Case Study of the Urban Management Pilot Programme and the National Priority Planned City Extension of Ningo-Prampram.'