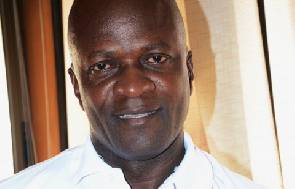 According to him, the former First Lady has been ungrateful to him and because of that, he is no longer a member of the NDP.

Speaking on Eboboba, a political show on Rainbow Radio 87.5FM, Joseph Bediako said he regrets working for the presidential candidate.

He noted that he had formed a new political group, Movement for Truth and Accountability, which will be supporting the opposition New Patriotic Party (NPP) although he will not be a card bearing member.

"I'm no longer a member of the NDP. I ceased being a member two weeks ago. I no longer speak for the party. I wasted my time working for Nana Konadu Agyemang Rawlings. She has not been fair to me. She has been ungrateful to me.
 
He added, "the former First Lady has disgraced me...I will soon launch my new movement and support the NPP."

Joseph Bediako explained that he feels disappointed that the NDP leader used Owusu Bempah to embarrass him over a car.

"I don't have any regret leaving the former First Lady's office because she has disgraced me to the highest."

He described Sammy Awuku, Mike Ocquaye and other members of the NPP as good materials he would want to support.

"I will not join any other party again. I'm a free agent, and I don't want to be a political prostitute. After launching my movement, I will go around the regions and ensure that all the FONKAR members join the movement. I will expose the lies of the NDC. I will be using their green book to expose them...I will campaign for Nana Addo to win the elections."