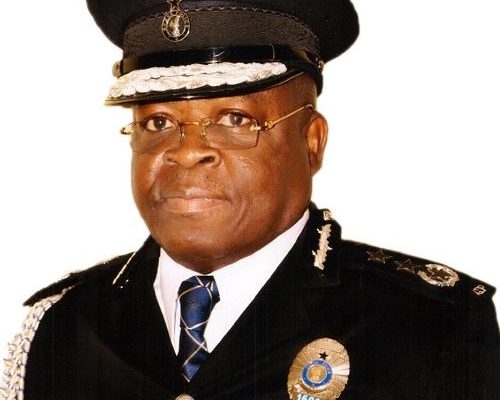 The Inspector General of Police (IGP), Mr.  James Opppong-Boanuh, says no official from National Security has been deployed to any polling station in the country.

Ghana is heading into polls on Monday, December 7, to elect a president and parliamentarians who will steer the affairs of the country for the next four years.

Appearing on Peace FM's Kokrokoo morning show Thursday, Mr. Popping-Boanuh said unlike the police, military, fire service etc, no official from the National Security has been handed with any specific or special task to perform on the day of the elections.

He, however, indicated that just like every other citizen, the National Security officials can individually go to their respective polling centres to exercise their civic responsibilities.

"National Security personnel have not been deployed to polling stations. They can go there only to cast their votes. Once they're done with that, they can vacate the premises." He started.

The IGP's statement was a direct response after host, Kwame Sefa Kayi asked whether the electorates could exercise their franchise devoid of interferences from the National Security personnel.