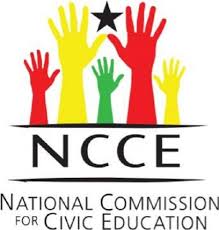 Mr Daniel Baya Laar, the Binduri District Director of the National Commission for Civic Education (NCCE) has cautioned electorates against vote selling because it was a criminal offence.

He said vote selling impeded the dispensation of quality democracy and suggested the sale of birth rights of the citizenry.

Mr Laar said the act allowed the citizenry to give their mandate to wrong people to govern the country and if that happened, the mandated government may feel unaccountable to the citizenry.

The Director made the call during a day's Inter-Party Dialogue durbar organized and funded by the European Union (EU) to educate the electorates on their civic responsibilities in the coming elections.

Mr Laar said democracy was about ideas and that it was necessary for the electorate to consider all ideas before exercising their franchise.

He said vote selling retarded development because the offending electorates would be unable to hold duty bearers accountable as expected.

Mr Joseph Kweku Yeboah, Deputy Upper East Regional Director of the NCCE, said voting allowed the citizenry to participate in selecting a competent leader to manage the affairs of the country.

He said when that is done, it would protect the dignity of voters and ensure that accountability and transparency prevailed.

He called on politicians to respect the rights of electorates and stop enticing them with money.