NDC congratulates Alban Bagbin on his ascension to CPA Presidency 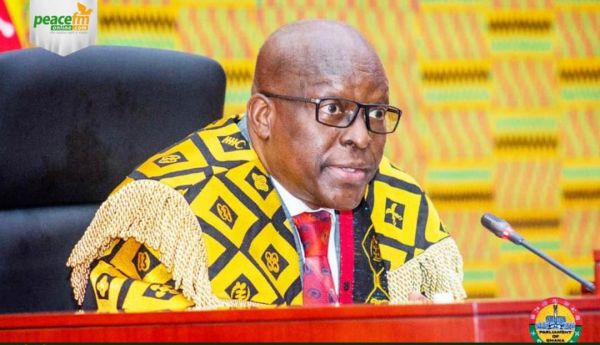 The National Democratic Congress has congratulated the Right Honourable Speaker, Alban Bagbin, on his election as President of the Commonwealth Parliamentary Association (CPA).

His election into the office was held at the association’s 65th conference which took place at Halifax, Canada, from August 20-26, 2022.

As the President of the CPA, Alban Bagbin will host the the 66th conference of the association from September 30 to October 7 next year in Accra.

The newly elected executive member of the CPA will be working with the Majority leader of the Ghanaian Parliament, Osei Kyei Mensah-Bonsu who is the Vice Chairman of the international organisation.

With his worth of knowledge and experience as a parliamentarian, Alban Bagbin together with his deputy is expected to lift the flag of Ghana and by extension, Africa high at the conference he will lead.

The NDC, therefore, in a presser to the effect of his ascension to the office, said “we issue this statement to formally offer him our warmest congratulations on this singular achievement which brings honour and dignity not only to his person and sterling qualities, but also to the continent of Africa, our country Ghana, and the National Democratic Congress of which he is a committed and dedicated member”.

“As we all bask in the pride of his election, we also request for God’s strength and grace to enable him discharge his additional functions with the wisdom and dexterity that has characteristised his tenure since his historic election as the first ever Speaker of Parliament from outside the ranks of the governing party,” the statement issued by Johnson Asiedu Nketiah, the General Secretary of the party added.