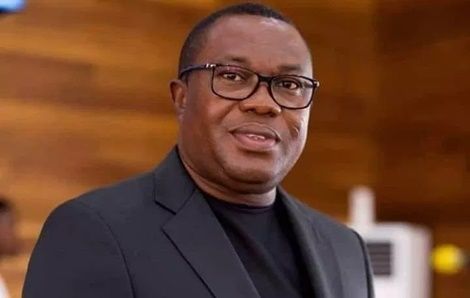 A group in the largest opposition, the National Democratic Congress (NDC) is calling for the resignation of the National Chairman of the party, Samuel Ofosu Ampofo.

According to the group, calling itself the NDC Action Movement, Mr Ampofo must have a full concentration on the ongoing criminal trial.

Mr. Ofosu Ampofo is standing trial over a leaked tape in which he purportedly called for the kidnapping and assassination of some persons in Ghana.

In the tape, he also purportedly declared a “ruthless war” against the Chairperson of the Electoral Commission (EC), Jean Mensa.

The Action Movement in a statement issued and signed by its Leader, James Agbey, on Thursday, June 27, 2019, observed that “as the national chairman of the NDC, we expect him to lead the crusade of the rebuilding towards a more formidable NDC prepared for battle come 2020 and not to be preoccupied with tedious criminal case hanging around his neck like an albatross.”

It said “as unfortunate as this matter is, Chairman Ampofo cannot continue to hold himself out as national chairman while at the same time dragging the entire party machinery into the criminal prosecution pending at the courts.”

“We have seen instances where party activity had to grind to halt in order to solidarise with the national chairman at both the police headquarters and the high court,” it added.

According to the statement, “the party needs it’s full arsenals to win the battle against the NPP. We need a full time chairman whose attention is undivided.”

It noted that “the national chairman needs all the time in the world to fight the ongoing legal action against him and to help restore his ‘dented’ image and also restore his integrity.”

“We are hereby demanding the immediate resignation of the National chairman of the NDC, Mr Samuel Ofosu Ampofo to enable him concentrate on his ongoing legal case. It will be prudent for him to step aside, and for the NDC to focus on prosecuting the election 2020 agenda,” it urged.

The Action Movement, it said, believed that the resignation would be in the best interest of Mr Samuel Ofosu Ampofo, and the larger interest of the NDC.

“We also call on the National Council of Elders to, as a matter of urgency, bring pressure to bear on the national chairman to do the honorable thing,” it noted.