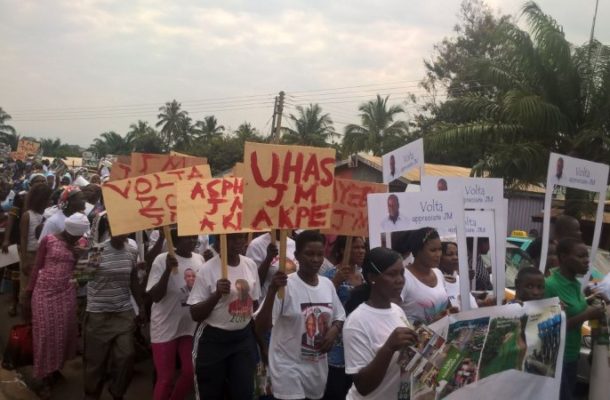 A group of NDC sympathizers in the Volta region has embarked on an ‘appreciation march’ in the streets of Ho.The march dubbed ‘Thank you JM’ is to express their appreciation to President John Mahama for what they say is the numerous infrastructural projects his government has embarked on in their region.The Volta region has traditionally been the stronghold of the ruling party in elections in Ghana. It is often referred as the ‘World Bank' of the NDC due to the popularity of the umbrella family in the area.Meanwhile, the party will launch its campaign for the 2016 elections on Sunday August 14 in Cape Coast in the Central region. Its National campaign Coordinator Kofi Adams has also hinted that their manifesto will be outdoored in September.