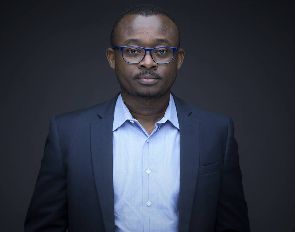 Outspoken host of State of the Nation and head of Corporate Communications and Brands at e.TV Ghana, Kwame Gyan has slammed the National Democratic Congress (NDC) for insulting the flagbearer of the New Patriotic Party (NPP), Nana Addo Dankwa Akufo-Addo, and for refering to Dr. Bawumia as ‘mutuum banza’.

According to Kwame Gyan, the NDC, instead of telling Ghanaians their campaign message, have resorted to the “Trump-like” style of campaign.

He said insulting Akufo-Addo and his running mate; calling the NPP a disunited party and cautioning people not to drink Kalyppo should not be the message of the NDC.

Kwame Gyan said the NDC propagandists and Communications Team members rarely voice out the party’s plans and the achievements of President John Dramani Mahama but are quick to attack the biggest opposition party and its leaders.

“So if you do not tell us a message but rather pursue this Trump-like style of campaign how do you want people to know about your plans and achievements?” he quizzed.