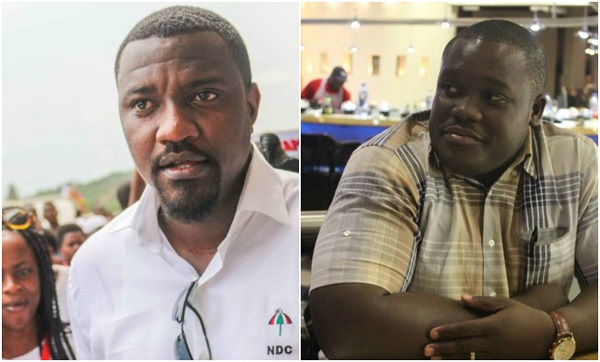 Renowned Ghanaian pollster, Ben Ephson has predicted a major upset for some top guns ahead of the National Democratic Congress (NDC) parliamentary primaries.

According to the Managing Editor of the Daily Dispatch Newspaper, Member of Parliament for Ningo-Prampram Constituency Sam Nartey George and the former Gender Minister, Nana Oye Lithur are highly likely to fall.

Another first timer, actor John Dumelo he explained will also lose the primary to Afua Adoboe in the Ayawaso West Wuogon constituency.

Speaking in an interview, Mr Ephson said the Sam George and Nana Oye Lithur will lose because there were some underlying controversies in their respective constituencies and that would go against them.

He explained that Nana Oye Lithur’s former deputy, Rachel Appoh, was out to blur the chances of Oye Lithur, adding the bad blood between the two gives Oye Lithur’s contender Mohammed Adamu Ramadan a better chance in the Adentan primaries.

“I will be surprised if Nana Oye wins…given the way Nana Oye is going about it and Ramadan, learning a few things,” he shared.

In the case of Sam George, Mr. Ephson noted that the former MP for Ningo Prampram, ET Mensah, would be the major factor to affect his chances.

“Things have built up and it is very difficult for him. Last time he was an underdog, this time if Sam George wins, I will be surprised.

“He’s done very well but this time the odds are against him. ET, love him or hate him, is a factor in Ningo Prampram,” he commented.

For John Dumelo, the veteran journalist indicated that it would be a ‘big surprise’ if he wins, adding he hurt his political ambitions by not contesting in the by-election held after the late MP’s death.

“If John Dumelo wins the seat in Ayawaso West Wuogon, I’d be surprised. If he really wants to be political, he should have participated in the by-elections,” Ephson said.

Members of the NDC will be voting on August 24, 2019, to elect parliamentary candidates nationwide to represent them in the 2020 election.