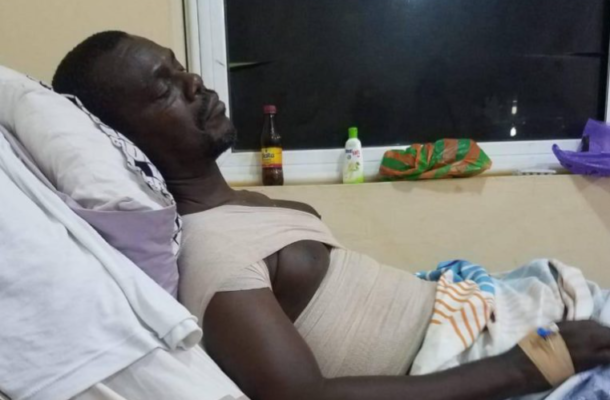 The Techiman South National Democratic Congress (NDC) Secretary, Suleman Twih Brempong, was allegedly attacked by a group of men during a constituency executives meeting at Tanoso, a suburb of Techiman, on Tuesday, November 23, 2021.

He claimed the thugs were sent by the Techiman South NDC Chairman, Nuhu Saliu Faawa, to attack the Constituency Secretary.

Mr Tanko alleged that the attack is linked to an incident within the Techiman South NDC during the 2020 general election.

Mr Brempong has been admitted at the Ahhmadya Muslim Hospital at Techiman for medical care.

According to Mr Tanko, the attack has been reported to the Techiman Divisional Police.

But the Techiman South Constituency Chairman of the NDC, Mr Faawa, has denied the allegations.

He explained that the Secretary was attacked during a disagreement over their performance in the 2020 general election.

Mr Faawa, in an interview on Accra-based Citi FM, said some persons who were unhappy with the Secretary’s responses engaged in a scuffle that led to the assault.

Mr Faawa said the party will address the issues internally.