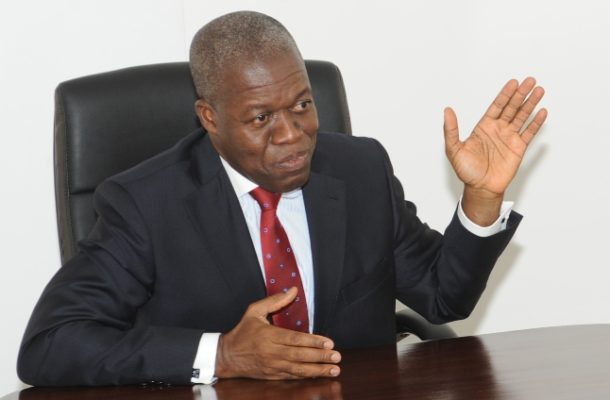 The Vice-President will also inaugurate the regional campaign taskforce as well as launch the Agona West Constituency campaign.

Other personalities expected to grace the occasion are Mr Kofi Adams, the National Organiser of the NDC, Dr Ekwow Spio-Garbrah, Minister of Trade and Industry, the Education Minister, Professor Naana Jane Opoku Agyemang, among others.

It will also be attended by metropolitan, municipal and district chief executives, parliamentary candidates from all the 23 constituencies as well as constituency executives from across the region and party supporters and sympathisers.

The Regional Communication Officer of the party, Mr Kwesi Dawood, told the Daily Graphic on Wednesday that Agona Swedru was ready to host the event which would attract party supporters and sympathisers from the entire region.

According to him, the choice of the town is significant as far as the NDC is concerned, with reference to the ‘Swedru Declaration’ where former President J.J. Rawlings endorsed late President Atta Mills as his successor.

He noted that the town was the second largest commercial town, aside from Cape Coast, which was chosen for strategic reasons to enable the party to mobilise its supporters towards winning the 2016 presidential and parliamentary elections.

He said the event would also offer an opportunity for the party to strategise on how to win in the region as well as retain all the 16 parliamentary seats it currently holds.

He mentioned that the party was poised towards winning three additional seats, namely Komenda-Edina-Eguafo-Abirem (KEEA), Awutu Senya East and the Effutu constituencies, which, according to him, were loaned to the opposition New Patriotic Party (NPP).

He indicated that both the KEEA and the Effutu seats in particular were lost to the NPP due to internal wrangling and that the party had resolved all the issues and was more united to recapture the three seats.

He explained that the party had targeted 20 parliamentary seats in the region and would embark upon a vigorous campaign to achieve the objective.

He called on members of the party to propagate the numerous projects executed by the government in the region to convince the electorate to retain the party in power for a second term.

He added that the Mahama-Amissah Arthur administration had done a lot in the areas of education, road construction and health, among other infrastructure, in several communities in the region.

He, therefore, charged the party’s supporters to embark upon an effective political campaign that would make the party the obvious choice in the December polls.