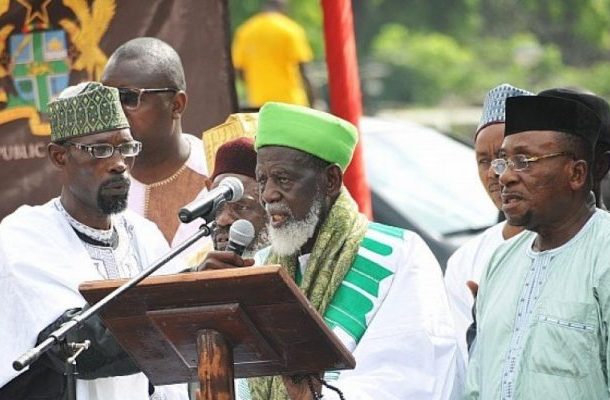 The office of the National Chief Imam office  has sent strong signals to politicians that Muslims in Ghana do not want to be pitched against any political party, therefore, attempts by some politicians to incite them against other parties ahead of this year’s elections should stop immediately. It followed calls by Alhaji Collins Dauda, Minister of Local Government and Rural Development that Muslims should not vote for the NPP because the UP tradition dislikes adherents of Islam.Mr Dauda, while addressing some Muslim youth in Koforidua in the Eastern Region, had said:

"They [NPP] are accusing several Muslims of not being Ghanaians. In 2000, they claimed that over 631 Muslims were not Ghanaians in Adeiso. Today, that same person is in the Zongos trying to convince you and telling you things. The NPP that is talking to you today cannot be trusted. If you give them the chance to come to power again, they will do the same things to you.”"The NPP looked into my face and told me that because I am Moshie, I am not a Ghanaian and they challenged me to go to court until the court cleared me. These are the people we are talking about. My brothers and sisters, must you entertain someone who has hurt and deprived you in the past? These UP people are not people that the NDC and Muslims must listen to and trust…”But reacting to these comments, the spokesperson for the chief Imam, Shaikh Aremeyaw said: “I think that trying to set the people of one community against one political party is not a healthy thing because what it does is to divide the country.“Those of us who have been born and bred in the Zongos, we are looking more at our current state and we are looking at what any government does to improve our condition. We don’t want to be set against any political party because in every political party…you can find an array or diversity of people belonging to different tribes and religions.“In fact, now the Zongo itself has become cosmopolitan [and] if we begin to set the people of the Zongo against any political party, what becomes the lot or the plight of the Muslims if a particular party is in power or another political party is not in power? …We will become an endangered stock,” he said.He told Citi News on Friday August 12: “I think that for the Muslims, it is not the best thing for us.” Source: ClassFMonline.com