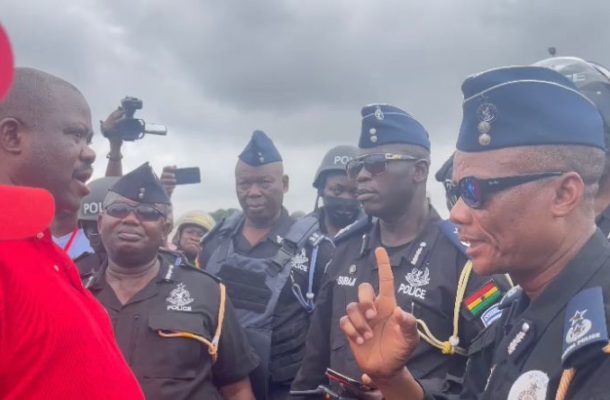 The National Organiser of the National Democratic Congress (NDC), Joshua Hamidu Akamba, has been spotted with a weapon among a crowd of Arise Ghana demonstrators.

It comes few minutes after another protestor was arrested for carrying a pistol at the El-Wak stadium, where they had converged for day two of their demonstration.

According to a public notice by the Ghana Police Service, Mr Akamba was advised to put the weapon away after his attention was drawn to the illegality associated with such act.

Demonstrator Spotted with Weapon at El-Wak
The Police have spotted a demonstrator, Joshua Akamba with a weapon among the crowd of demonstrators gathered around the El-WakStadium, today, 29th June, 2022. pic.twitter.com/QTCgGl5T5u

“He was also urged to notify other demonstrators to desist from carrying offensive weapons during the demonstration,” the police said.

Joshua Akamba later told protestors with firearm to surrender their weapons “because we need our people to be safe.”