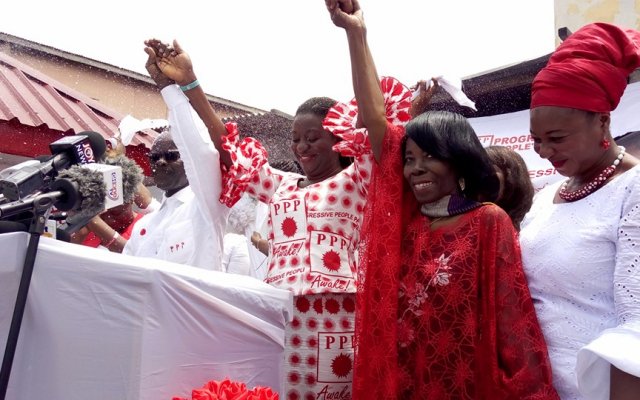 Dr Papa Kwesi Nduom has named former beauty queen Bridget Dzorgbenuku as his running mate for the 2016 general elections.Ms Dzorgbenuku is a founder and Executive Director of Mentoring Women Ghana, an NGO.She is also a former General Manager of the Aviation Social Centre, a fitness and recreational centre.Ms Dzorgbenuku has been in the fitness industry for more than a decade. She has established Recreational Facilities Management Company which manages various leisure, fitness and sports facilities in the capital.She is also a former Miss Ghana. She won the crown in 1991. She part-won the Fortune/Goldman Sachs Global Women’s Leadership Award in 2008. Previously she served with Ashanti Goldfields Company Limited as Liaison Officer on the Geita Project in Tanzania at the Dar-Es-Salaam office. She also worked with SC Johnson Wax as a Brands Manager. Before Tanzania, for two-and-a-half years, she ran her own public relations and events management company – Protocol Ventures. She maintains a regular column, Manners Matter, in the Ghanaian Weekly, The Mirror and continues to give presentations to various groups on manners, courteous behaviour and etiquette and also on fitness and healthy lifestyle.This is the second time Dr Nduom has nominated a woman as running mate. The first woman he named as his vice presidential nominee was Ms Eva Lokko for the 2012 general elections.Source:ClassFMonline.com