The All New Ben 10 Makes African Debut This October On Cartoon Network Ahead Of The U.S. 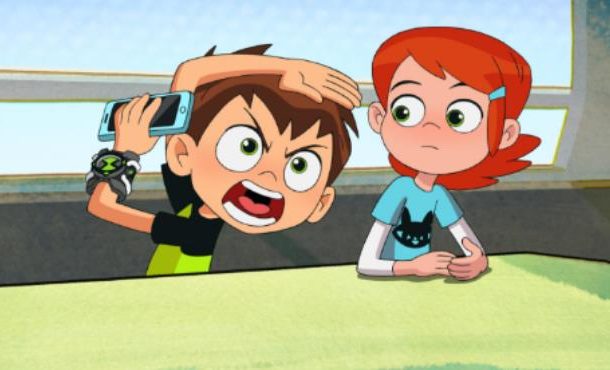 e quirky team behind the new revitalised Ben 10 phenomenon finally reveal what viewers can expect to see on DStv, channel 301 this October.

This October, on the 10th, Africa can look forward to viewing the all-new, revitalised Ben 10series, ahead of the US who is set to premier the new series in April 2017!

The newest take on Cartoon Network’s Ben 10 is a complete reinvention and it takes fans back to the original Ben Tennyson, when the international cartoon sensation first premiered on African screens in 2006. The animated phenomenon will have kids all over Africa wanting to transform into their favourite alien, as Ben is 10 all over again! In order to create a fresh, new generation of fans, Cartoon Network created a modern and revitalised high-energy action fantasy in the newBen 10, along with the heart and humour that made it an award-winning television show 10 years ago.

“Our African audience last saw, 10-year old Ben Tennyson in 2006 and we decided to transition him back to the age of a goofy, unconventional kid-hero to target a brand new audience. Ben will still transform into his signature mature aliens and fight all the villains that once plagued the city, but this time around he is more modern and relatable with younger fans, but also familiar to our die-hard fans!” says Tramm Wigzell, Vice-President, Multi-Platform at Cartoon Network. “Ben is a character that grew with his audience, making him one of the most relatable cartoon heroes ever to feature on the channel and now we are rewinding the clock to captivate the next, new generation of Ben 10 viewers.”

Building on the highly successful franchise about kid hero, Ben Tennyson, the new Ben 10 series will introduce a re-imagined Ben, his cousin Gwen, and Grandpa Max, as they travel the country during their summer vacation. When Ben finds the Omnitrix, a mysterious watch that transforms him into 10 different friendly aliens, a world of extra-terrestrial superpowers opens up to him. The series is produced by Cartoon Network Studios and created and executively produced by Man of Action Entertainment (Big Hero 6, Generator Rex), with John Fang (Mixels, Generator Rex) on board as supervising producer.

“We are really excited - kids will meet a more modern, relatable ten- year old Ben. The show has always been about an average kid that finds himself in extraordinary circumstances - boy, girl, no matter your age, or cultural background, Ben 10 is relatable because anyone and everyone can be a hero in their own right, and save the day if they believe in themselves! We think Ben’s character is timeless and so it felt like the right time to bring him back,” adds Wigzell. “Our young African audience can now look forward to a brand new show, with all new scripts and a brand new look and feel, in order to build a brand new generation of Ben 10 fans!”

Cartoon Network fans should get ready to enjoy the brand new action, adventure series premiering exclusively on DStv, channel 301 on the 10th of October 2016 at 4:05pm For more information on the new series visit http://www.cartoonnetworkhq.com/ .