Neymar is not better than me - Kudus Mohammed 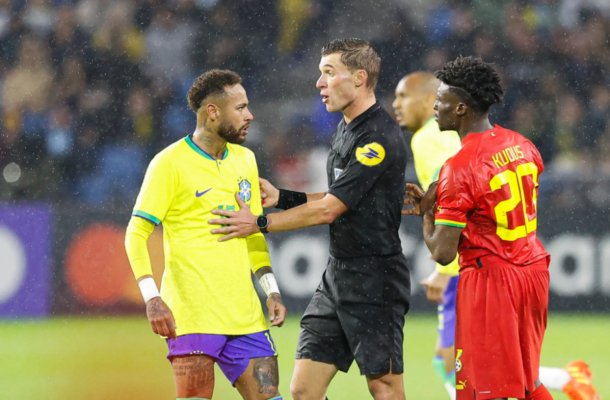 Ghana and Ajax midfielder Kudus Mohammed has made an audacious claim that Brazilian icon Neymar is not better than him.

He claims that talent-wise the PSG star is not better than him but only has a high profile than him.

The Ajax midfielder has been in sublime form for his club side having been used mainly as a false nine by club coach Alfred Schreuder.

Kudus Mohammed has shone in his new role scoring 10 goals in 18 appearances whiles providing two assists across all competitions.

“He’s not better than me. He’s just a higher profile player, that’s all,” comes the retort. He is Neymar, captain of Brazil and superstar. Me is Mohammed Kudus, the talented Ghanaian midfielder and burgeoning superstar.

In September, the two players had spicy exchanges when Brazil beat Ghana in friendly in Le Havre. “He was defending his country and I was defending mine. I wasn’t about to let him push me around. What makes him better, for now, is that he has achieved a lot,” he says. Then, with fire in those eyes, he gives a promise: “I’ll get there soon.” he told English portal the guardian
Kudus Mohammed will play for Ghana at the 2022 FIFA World Cup in Qatar with Ghana facing Portugal on Thursday before playing Korea and Uruguay.