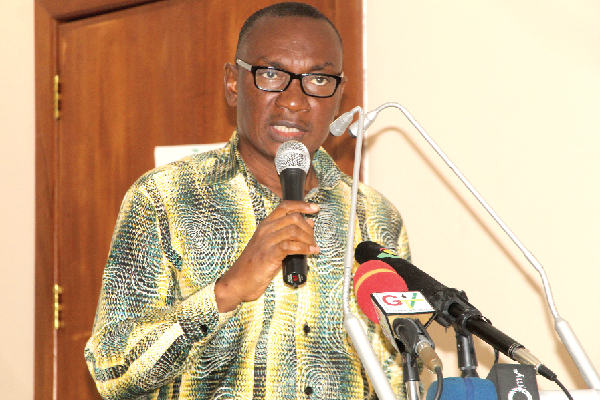 The Campaign Against the Privatisation and Commercialisation of Education (CAPCOE) has called on the government to increase its investment in the provision of educational infrastructure at the basic level in the rural and peri-urban areas of the country.

That, it said, was to ensure that children in those areas had access to public education facilities, instead of being compelled to attend private schools springing up in those areas.

The coalition said although it was not against private schools, there should not be any discrimination, especially for children from poor backgrounds, when it came to access, hence the need for the government to provide facilities for them.

Moreover, it called for the rationalisation of teacher distribution in the country to ensure that schools in deprived areas had their full complement of teachers for effective education delivery to children.

Members of CAPCOE, including the teacher unions, the Ghana National Education Campaign Coalition (GNECC), the Africa Education Watch and Oxfam Ghana, made the call at a programme dubbed: Editors and Reporters Forum in Accra yesterday.

The General Secretary of the National Association of Graduate Teachers, Mr Samuel Frank Dadzie, represented the teacher unions, while the Executive Director of the Africa Education Watch,
Mr Kofi Asare, spoke for his organisation, with the Programmes Manager of the GNECC, Mr Festus Longmatey, speaking for GNECC.

Setting the tone for the discussion, the Convener for CAPCOE, Mr Richard Kwashie Kovey, said it was unacceptable the way all manner of people were invading the educational space with substandard private institutions, with the sole motive of making money.

“What we are against is a development taking place in rural and peri-urban communities, including urban slums, where education at the basic level is purely the sole responsibility of the private sector. This we consider unconstitutional and an abuse of the fundamental right of the Ghanaian child,” he said.

According to him, the country had made great progress with access to education, but it was time “we prioritise equity and quality”.

In his presentation, Mr Asare said under the 1992 Constitution, the government had an obligation to provide free quality basic education for all Ghanaian children, irrespective of gender, geography, religion, socio-economic status or one’s disability.

He called on the government to explore other forms of reliable funding to support the VALCO Trust Fund in constructing 5,406 schools under trees within the projected five-year period or earlier.

In addition, he said it should explore cheaper technologies in building schools to improve spending efficiency in the educational infrastructure space.

Mr Asare said the government should redistribute teachers in over-served schools to under-served ones and deploy new ones “to achieve, at least, a maximum of 1:35 class-pupil teacher ratio in every school”.

Mr Longmatey noted that private persons and institutions should also have the right to decide to establish and manage educational institutions, provided they operate within the confines of the laws of the country.

“The government must ensure that private education service providers operate within national regulatory frameworks that will ensure the right to education for all children who access it,” he said.

He said the government must prioritise the funding and provision of free, quality, public education and might decide to support private education service providers if they operated within the regulatory frameworks that would ensure the right to education for all children.

Mr Dadzie said teachers had observed and seen a situation where the private sector was gradually taking over basic education, although the Constitution made way for that (private education).

“What we are seeing is very worrying, in that there are many communities where you walk for several kilometres without coming across any public basic school.

“Public basic schools that existed right after independence are mostly what we are seeing, although the population is growing. Once the public does not build schools, the private sector sees the opportunity and moves in and starts charging. In the end, it is only those who can afford who attend, but what about the millions who cannot afford?” he asked.

Mr Dadzie said because of the inadequate number of public basic schools, the few were overcrowded, since that was where people from disadvantaged backgrounds attended, in view of the cost of paying fees in the private establishments.

Mr Ibrahim said in newly developing areas, it was difficult to see public schools, and that only private schools were found in those areas.

He said it was, therefore, necessary for the government to ensure that every Ghanaian child had access to quality education by providing schools in those areas.