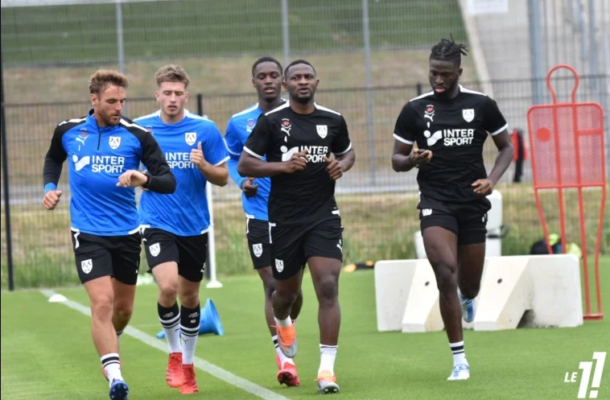 Ghanaian defender Nicholas Opoku has returned to pre-season training with his lower tier French side Amiens as they prepare for the coming season.

Opoku missed 27 matches for his French Ligue 2 side since last season and was away for a year when he sustained a ruptured cruciate ligament injury.

The injury kept him out of action until January this year when he started playing for the Amiens reserve team.

Nicholas Opoku returned to competitive action at the end of last season and still quite far from his best level, the Ghanaian was nevertheless able to regain his bearings by participating in eight matches in total with four matches from the bench.

With the departure of Mateo Pavlovic , he is expected become the new defensive lynchpin of Amiens SC this season.

Nicholas Opoku missed the African Cup of Nations tournament for Ghana in Cameroon due to his injury.

The center back has been capped 13 times by Ghana and has scored one goal for the nation.