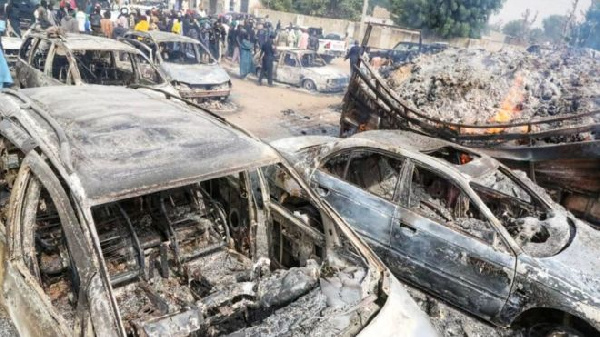 This burned out vehicle was found near the scene

They were in the Koure region, which attracts tourists who want to see the last herds of giraffe in West Africa.

The French presidency confirmed the deaths of the French citizens.

ACTED, a French humanitarian NGO, confirmed its staff members were involved in the incident in Niger.

President Emmanuel Macron spoke on the phone with his Niger counterpart Mahamadou Issoufou on Sunday, a statement said, without giving further details.

In photos seen by the BBC, the victims' bodies were found lying on a dirt road by the side of a 4x4 vehicle.