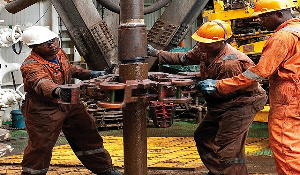 The Nigerian economy lost opportunities valued at N150 billion over a 10-year period, as a result of the failure of the Federal Government to undertake far-reaching reforms in the petroleum industry, according to Mr. Israel Aye, an energy expert and Senior Partner, Energy & Commercial Contracts, Primera Africa Legal.

In his presentation, obtained Tuesday, at a one-day online workshop for civil society organisations and the media, on “Urgent Case for Reforms in the Petroleum Industry”, facilitated by the Facility for Oil Sector Transformation (FOSTER), Aye disclosed that the current structure of the Nigerian petroleum was not sustainable, and emphasized the need for governance of the industry to improve.

Specifically, he highlighted the status of the Department of Petroleum Resources (DPR), whose existence, according to him, does not have legal backing. He further stated that the recently introduced gas policies, especially in the area of commercializing flared gas, lacked the necessary legal backing to ensure that the envisaged gains were sustained going forward.

He added that while it was within the powers of the Minister of Petroleum or his delegate, to remove under-recovery on petroleum products, especially as it was in line with the Oil and Gas Policies, noting, however, until the Petroleum Act is amended, the government could not have been said to have deregulated the downstream petroleum sector.

He said: “The bedrock of the regulation of the downstream and petroleum product price control is Section 6(1) of the Petroleum Act. Until we change the law, the minister may hardwire the removal of subsidies and formally replace it with the Price Modulation template (2015), assuring bulk importers that they can sell at cost-reflective prices subject to price regulation mechanisms prescribed in the regulation."

“In order to deregulate the downstream sector, we need to amend or expunge Section 6(1) as it is currently written. We need a framework that prescribes the role and responsibilities of each institution taking decisions at every point in the petroleum producing pricing process. We need a framework that show how the pricing template was arrived at, the intervals of the price modulation adjustments, whether monthly, quarterly, weekly or daily."

“There must be an agency legally empowered to handle the responsibility of modulation of petroleum products prices in the country outside the NNPC, which should be allowed to face its responsibility of handling the operations side of the business."

“We must demand an open and transparent process to handle all the issues in the price modulation value chain to remove arbitrariness and exploitation.” He explained that the much-needed reforms of the Nigerian petroleum industry would be achieved by the passage of the Petroleum Industry Bill (PIB).

He noted that the PIB, when passed, should address issues that would promote growth of reserves and production; sustain revenue to government; incentivize outcomes, not efforts; remove barriers to entry and ensure level playing fields across all the petroleum value chains.

He further stated that the PIB should make gas profitable; bring down the production cost of crude oil and gas in the country; push the country towards a market-driven downstream sector and promote inclusiveness and sustained competitiveness in the petroleum industry.