Nigeria shuts schools in Abuja over fears of attack 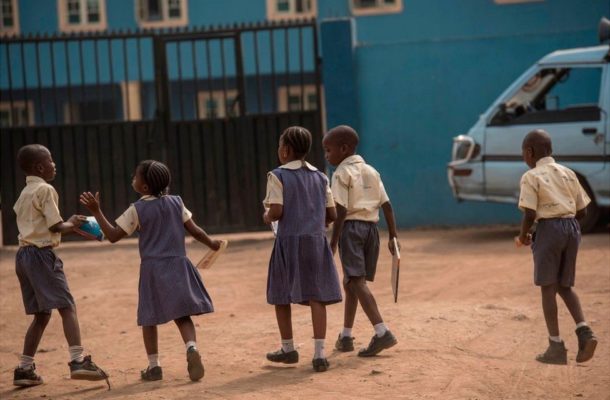 All schools have been told to shut and send children home amid security fears in Nigeria’s capital, Abuja, and in nearby Nasarawa state.

Intelligence reports suggest armed groups are planning attacks in several states, including on the capital.
Schools, mainly in northern Nigeria, have become a target of kidnapping gangs in recent years – with hundreds of students held for ransom.

Most private schools were in the middle of exams when they had to close on Wednesday afternoon.


An official at the association of private school owners in Abuja told the BBC that the directive to shut down had come from local authorities in the capital.

Those schools with adequate security arrangements would be allowed to hold a one-day prize giving ceremony at the end of next week, he said.

But the news has caused concern for parents in a city populated by many civil servants, who often send their children to private schools.

While some schools in Abuja had already closed for the term, the majority were not scheduled to close until next week.

He added that those with adequate security arrangements have been allowed to hold a one-day prize giving day many had been preparing for.

Abuja residents have been feeling uneasy since armed men broke into a prison in the city and released hundreds of criminals a few weeks ago.

On Sunday, at least three soldiers from an elite unit of presidential guards were killed in the Bwari district of the city.

They had been responding to threats of an imminent attack on the Nigerian Law School located in the area. Nearby Veritas University has since shut down and sent students home.

The next day, the government shut down one of its secondary schools in the Kwali suburb of Abuja after a security incident close by.

This level of insecurity in the city is unprecedented since President Buhari took office in 2015.

Security agencies have recently beefed up their security presence at strategic locations within the city centre.

But this seems to be doing little to allay fears, even amongst politicians.

This week, an MP told colleagues who were away from the city not to return for their own safety, highlighting the failures of Mr Buhari’s government in dealing with widespread insecurity across the country.

On Wednesday, opposition senators gave the president a six-week ultimatum to find a solution to the security crisis or face impeachment, though they lack the numbers to do so.

Last year, there were attacks and mass abductions in at least 10 schools in Zamfara, Kaduna, Kebbi and Niger states.