Nigeria to cut the Price of Petrol 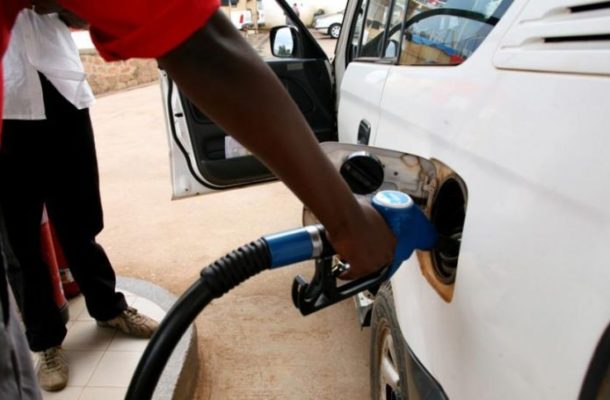 "This action is being taken to cushion the economic impact of Covid-19 on our people," the Reuters news agency quotes Petroleum Minister Timipre Sylva as saying.

Despite being one of Africa's largest oil producers, Nigeria has to import most of the fuel used in the country.

Fuel prices are contentious in Nigeria, where riots can break out at rumours of increases. Prices had been kept artificially low at 145 naira ($0.48) per litre.

Africa’s biggest economy has been battered by the global effects of coronavirus. Roughly 90% of the Nigerian government’s foreign exchange earnings come from sales of oil, prices of which have taken a beating amid lower Chinese demand and a price war between Saudi Arabia and Russia.

President Muhammadu Buhari approved a gasoline pump price cut to 125 naira ($0.4085) a litre from 145 naira during a cabinet meeting on Wednesday.

Timipre Sylva, minister of state for petroleum, later issued a statement saying Nigerians should benefit from falling fuel costs, which were “a direct effect of the crash in global crude oil prices”.

“This action is being taken to cushion the economic impact of COVID-19 on our people,” he said.

Also on Wednesday, Nigeria introduced a “modulation mechanism” that will allow a reduction in petrol costs if there is a decline in crude prices, a presidency aide said.

“Nigeria has now introduced a modulation mechanism - if crude oil prices go down we will see a reduction in petrol prices. If prices go up we will see an increase,” Bashir Ahmed said in a tweet. He attributed his remarks to Sylva.

While oil prices are the largest factor in gasoline, the two do not always move in tandem. Demand for gasoline can outstrip or lag demand for oil. Shipping, insurance and other costs also fluctuate, making it tough to capture a cost-reflective fuel price based on oil alone.

International benchmark Brent crude reached a 16-year low close to $25 a barrel on Wednesday, dragged down by concerns about the impact of the coronavirus on the global economy, a collapse in oil demand and a supply glut.

State oil company NNPC imports nearly all the gasoline in Nigeria, Africa’s largest economy and a major oil producer, because of price caps that mean marketers would lose money if they imported themselves.

The price cap typically costs the government millions because prices fluctuate on the international market and rarely stay at the capped level.

The country has faced international pressure for years to deregulate its fuel price — and to let its currency, the naira, float — because of the cost and the distortions it creates in the economy.