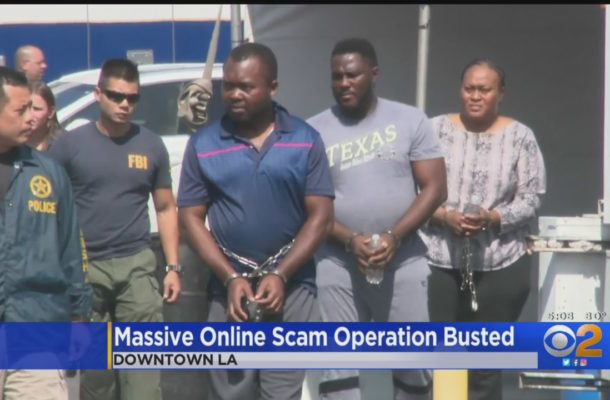 Not too long ago the Federal Bureau of Investigations announced a list of 8o scammers with majority of them been scammers from Nigeria.

Among the crimes committed by these people include romance fraud,using business email fraud schemes to con victims many of them elderly.

But back home in Africa a lady has been left distraught after finding his fiancee who has been in the U.S for the last five (5) years on the list of the 80 criminals published by the Feds.

A friend of the lady in question took to twitter to disclose this piece of news, sharing her dismay at her friends wasted years waiting for her fiancee in Nigeria.

In Nigeria internet fraud is popularly referred to as Yahoo Yahoo and its a common practice by guys in Africa's most populous nation with its huge unemployment rate.

Prosecutors say it is one of the "largest cases of its kind in US history".

The FBI investigation is a major step to disrupt criminal networks, US Attorney Nick Hanna said.

Police have so far arrested 14 suspects across the US, 11 in Los Angeles alone.

Others are thought to be in Nigeria and authorities there say they will cooperate with US.