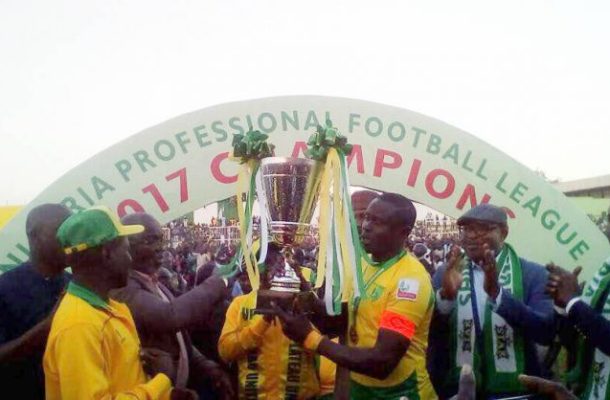 A planned training tour  in Ghana by Nigeria Professional Football League champions, Plateau United has  been cancelled due to "closeness to the start of the season".

The defending Champions, were hoping to give the team a different cohesion under a " different climate and environment"  but plans got crushed due to the yuletide period.

The Peace Boys have had an underwhelming preparation ahead of the 2017-18 campaign so far and, according to club general manager, Pius Henwan plans to move to the neighbouring country for a close camp has been dashed due to the upcoming Nigerian top-flight campaign which starts on January 14.

He hinted that the Jos outfit will be camped within the country, but the venue is yet to be disclosed.

“It is better late than never. We have to put lots of things into perspective before we talk of going on closed camping. We wanted an avenue where the state government would have hosted the team before we embark on any training tour. We are happy that it has been done,” Henwan said.

“We have told the players and officials who are currently on few days break due to the yuletide period to return on December 27 so that we can finalize on our proposed trip. We can’t go to Ghana again because of the closeness to the start of the season but we shall still travel out of Jos either January 1st or 2nd.

“This will afford the players and officials to bond together in a different climate and environment before the start of the season. We expect that the few days they are going to spend will help the team to go the extra length to retain the league title again.”


Henwan expressed that Plateau United have had most of the players they intended using for the 2017-18 season cleared and that they are still looking at few others that they have just spotted to add more quality to them.

“We are doing everything to catch up with others. We have noticed that it won’t be a tea party in the upcoming season because most teams have strengthened their teams. We have also completed the signing of most of the players we intended using while we are still looking at few more to ensure that we have a solid team.

“The pre-season games we played opened our eyes to lots of things and even though the boys didn’t lift up to expectations, we were able to achieve some of the things we planned,” he concluded.

Plateau United made history by wining the 2016/2017, after they got promoted to the Nigerian top flight league in 2015.