Ghana’s National Lottery Authority (NLA) has for the first time since its establishment, has won the bid to host the Seminar on Responsible Gaming by the African Lottery Association (ALA) in December.

The event, which brings together heads of lottery bodies to deliberate on issues confronting the industry to promote best practices, coincides with NLA’s 60th Anniversary Celebration.

The Director-General of the NLA, Mr. Samuel Awuku made the disclosure after an official trip from Morocco where the Authority was the only Anglophone country among the Association of African Lottery (ALA) bodies to participate in the Finale of the African Grand Prix of horse racing.

The African Grand Prix is an annual event that celebrates and highlights the importance of horse racing in sports lottery on the African Continent.  Morocco hosted the 10th edition of the African Grand Prix, the first time the event has moved out to Africa since France started hosting from 2012.  This year’s Grand Prix was organized by the Societe Royale d’ Encouragement du Cheval, SOREC (Royal Society for the Encouragement of Horses) in conjunction with ALA.

Managing Director of SOREC, Mr. Omar Skalli who underscored the success of the event believes hosting the event in Morocco “makes it possible to participate in the international influence of the African horse racing sector”. 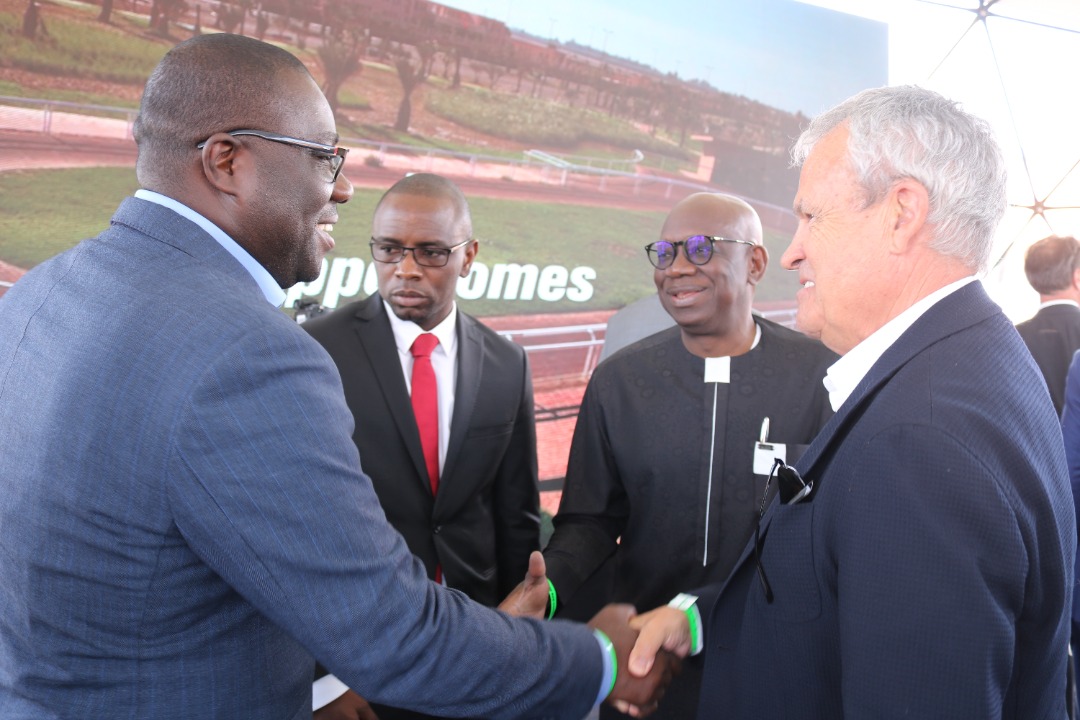 President of ALA and Director-General of the Loterie Nationale de Cote d’Ivoire LONACI, Mr. Dramane Coulibaly, on his part says the event will promote attractive and responsible games on the continent while fostering solidarity and cooperation among member countries.

Prior to the Grand Prix, a Seminar was held under the theme “Digitalization in Africa and the lottery sector in a ‘post-COVID era’.  Presentations covered Digital Lottery, Cyber Security, Reforms within the African Lottery Authority, Looking into the future with e-Commerce amongst others.

The Director-General of NLA, Mr. Samuel Awuku stated that the Authority is seeking to collaborate with its African counterparts in areas of mutual interest, to shore up its revenue base.

“The NLA team took the opportunity to engage stakeholders from the Morocco Lottery Industry and other lottery heads present at the Seminar on possible areas of collaboration, particularly how NLA can export the 5-90 Game to other countries, for us to increase our revenue base”.

Mr. Samuel Awuku also emphasized the need for the Authority to explore Sports lottery to complement its 5-90 Game.  He is therefore in talks with the Director General of SOREC, Mr. Driss Belghazi as well as the Secretary General for ALA and CEO of La Marocaine des Jeux et des Sports, (MDJS) Mr. Younes El Mechrafi, who have great expertise in this area  to assist NLA.

Mr. Awuku also disclosed that while NLA is looking forward to these discussions as well as hosting the ALA Seminar in December, the Authority would begin the process to improve its certification from Level 1 to Level 3 by the end of the year.

As a follow up to the discussions in Morocco, Madame Habsou Ali and Madame Aminata Sylla, Lottery CEOs of Niger and Guinea Conakry respectively, would in the coming weeks pay a working visit to NLA, to acquaint themselves with the Authority’s operations and have further discussions on how the Authority can help them operate the 5-90 Game both manually and digitally.