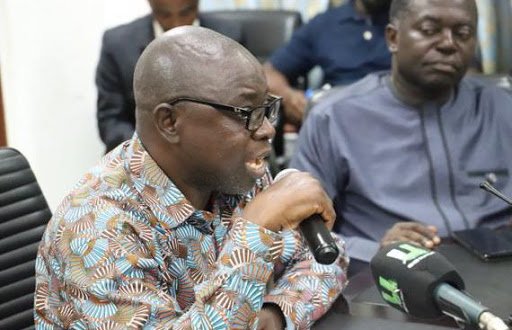 Lands and Natural Resources Minister, Kwaku Asomah-Cheremeh has revealed that the investigative committee that looked into allegations of illegal rosewood trade found no evidence that government officials were involved in the act.

Addressing the media on Friday, the Minister noted that investigations rather confirmed the corruption at the local level in communities where the trees are found.

“I am glad to state that the Committee did not have adequate evidence to established corruption cases against any officials of government. However, the field investigations revealed that there are several institutional weaknesses and lapses in the rosewood trade,” the Minister stated.

A report by US-based Environmental Intelligence Agency last year claimed export permits were being given to NPP officials illegally despite a ban. The report also cited Senior Forestry Commission Official, Nana Nsiah for taking bribe from exporters to allow for export.

This caused government to set up a committee to investigate Washington-based EIA's claim.

Member of Parliament for Builsa South, Dr Clement Apaak had accused government of “sitting on” the report of the Committee since it was handed over two months ago.

He, therefore, called on the Akufo-Addo-led administration to release the report to the general public.

Commenting on EIA’s report titled, “Ban-Boozled: How corruption and collusion fuel illegal rosewood trade in Ghana,” Mr Kyeremeh said the methods used by EIA to draw some of their conclusions were not scientific and videos provided as evidence to back their allegations were inconclusive.

“The allegation by EIA that Ghana has exported over 6million rosewood trees between the periods of 2012 to 2019 is a gross overestimation of Ghana’s rosewood exports.

“Because based on the inventory available, Ghana does not have that quantity of merchantable of rosewood trees to be harvested and exported during the period in question,” he stressed.

He further added that the committee recommended a sustainable collaboration between the Forestry Commission, the Ghana Police service, GRA Customs, and Intelligence Agencies to ensure that illegal trade of endangered species trees like rosewood is truncated.
Source: myjoyonline.com